This entry was posted on December 19, 2019 by Michael Risch 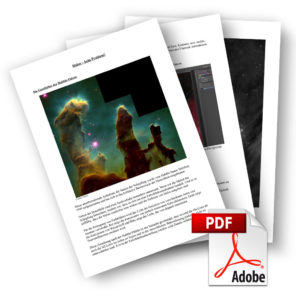 Halos - no problem!
A tutorial by Andreas Bringmann on how to remove halos around bright stars using Photoshop image editing – if desired.

The moment you insert any type of filter into the optical setup, which consists of your specific camera, the appropriate flattener/reducer or coma corrector and the telescope, the filter becomes part of this unique optical system. And every optical system is different because many products from different manufacturers are involved. All optical surfaces interact with each other in some way. One possibility is that coatings of the camera reflect unwanted light back into the telescope and onto all optical elements in front of the filter.

If there is no other optical surface that will reflect the light back to the filter a second time, then it is perfect. There are no halos other than residual halos or scattering, which are unavoidable, depending on the filter design. That's what we mean by our slogan "no halos, no ghosting, no reflections" on our product pages. A filter rarely produces halos itself, which are created inside the filter by internal reflections (this happened to us once in 2015, but we replaced all of these filters). Because the moment there are other surfaces near the filter, it is much more likely that light will be reflected from one of those surfaces, creating halos that may not be removable.

There are so many combinations of camera (windows), field flatteners, correctors, etc., that it is common for "halo-free" filters to be involved in halo production in some unfortunate cases - but not guilty themselves. The RASA optics set a good example. 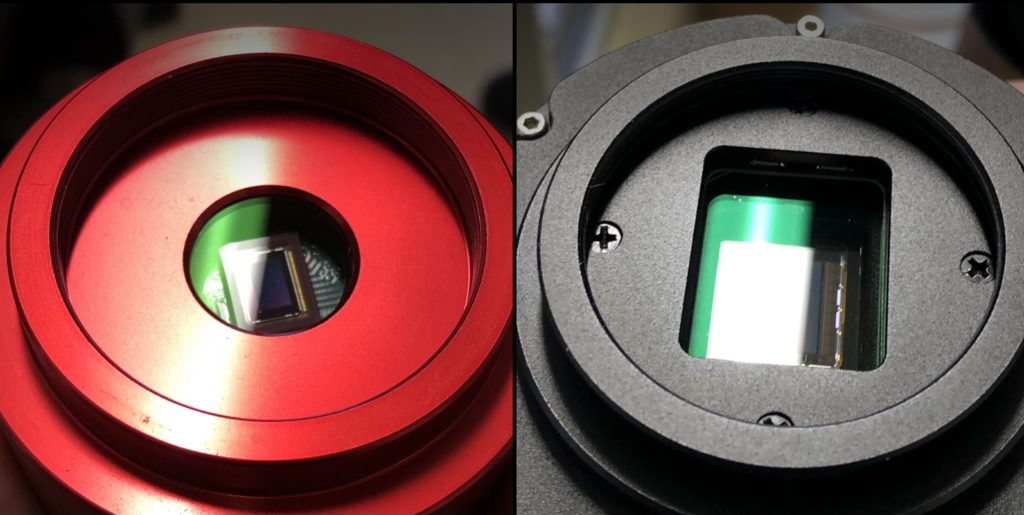 Small cause - big effect The anti-reflective coatings of the camera windows of different manufacturers differ slightly. Shown here are two cameras from different manufacturers, the left one reflects more in the green spectral range, the right one more in the blue spectral range. These small differences are responsible for the fact that the photos taken with the left camera in combination with OIII filters show strong halos, while with the right camera and the same filter halos will appear hardly noticeable.

In contrast to broadband RGB filters, narrowband filters reflect much more of the relevant spectral wavelengths near the emission lines. At the same time they produce a much darker sky background. Therefore, they are much more involved when halos occur. It is also no contradiction that cheaper, wider band filters show less halos. Because the narrower the filter, the longer the exposure time, the better the contrast. And all this increases the chances of stronger halos around more stars in the field.

We know from customers that the windows in front of the chips of certain camera models are more likely to produce halos than other cameras. And some more inexpensive flattener/reducer/correctors are also more often involved in the problem. A third problem is the lack of space to adjust the distances between the optical elements only slightly - as is the case with almost all primary-focus mirror systems. RASA and Hyperstar are also good examples here.

To find the source of the reflections, you can try turning the filter around so that the (more reflective) front is no longer facing the light source, but the camera sensor. It can help by chance that the reflection of another wavelength range from the other filter surface simultaneously reduces the halo appearance. Try this with unmounted filters. Very large overlapping halos are indications of reflections from distant surfaces. If the halos are closer to the edge of the image and eccentric to the star, they are likely caused by a curved surface such as a lens, e.g. from a flattener in front of the filter. 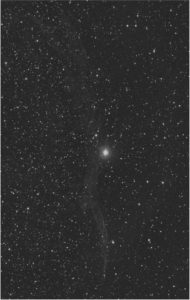 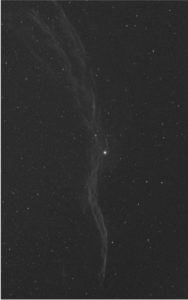 But: Are Halos really terrible? We notice that at the time of the Culimation of certain objects such as the Horsehead Nebula IC 434 or the Veil Nebula NGC 6960, there are especially many "Halo Complaints". The reason is quite simple: it is impossible to extract the image information of the nebula without halos if there is a bright star in the field that produces a strong halo even without a filter.

This fact and this appearance of the object is widely accepted - and it doesn't look any worse than the spikes on the photos taken with Newton reflectors. Some APO photographers even add artificial spikes to their photos. 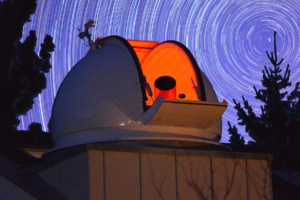 Even photos from professional observatories show halos because they are unavoidable (not of concern) when a big field is main emphasis - and nobody hides the haloed results. More information can also be found in the document: Problems with filters can have the strangest Causes

If you send us your photo with a halo and give us detailed information about the optical setup (camera, reducer, flattener, corrector, filter, telescope with aperture ratio and all their manufacturers and positions) we might find a clue to find the source for the halo. But most likely you can't get rid of it - unless you are using an extensive image processing like our customer Andreas Bringmann, as described in the PDF Halos - no problem!