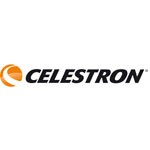 In the last five decades, CELESTRON has become one of the world's leading and best-known manufacturers of telescopes, mounts and accessories for amateur astronomers. With the development of the "Schmidt-Cassegrain" telescope design and its mass production, telescopes with a large aperture and compact design became affordable for everyone.

CELESTRON started in 1960 as a small garage company. Tom Johnson, the company founder, wanted a telescope for his son and developed the Schmidt-Cassegrain (SC) telescope into the series - still today the best-selling, high-quality versatile system in the world.

To date, no other telescope concept has surpassed the advantages of the "SC" system. Particularly noteworthy are the ability to connect any accessories (no matter how much backfocus they need) and - above all - the optical system, which is perfectly protected against environmental influences and ageing.

These ideas and many other innovations let countless amateur astronomers take first-class astrophotographs which are in the same league as the results of large observatories. Telescopes from Celestron are even used in the professional sector, e.g. on NASA space flights and research aircraft.

Celestron still produces the large Edge HD, Schmidt Cassegrain and RASA optics in the USA. Most high-quality optics are tested there before delivery for compliance with the strict Celestron quality standards. Many other products that are only available from Celestron are produced in the factories in the Far East belonging to the company consortium. For such Celestron products the same applies as for many other manufacturers: "Designed in USA, made in China".

All Celestron products such as telescopes, mounts, cameras, eyepiece extensions, sports optics, microscopes and much more can be found on our website www.celestron.de

Shop By Brand
Shop By