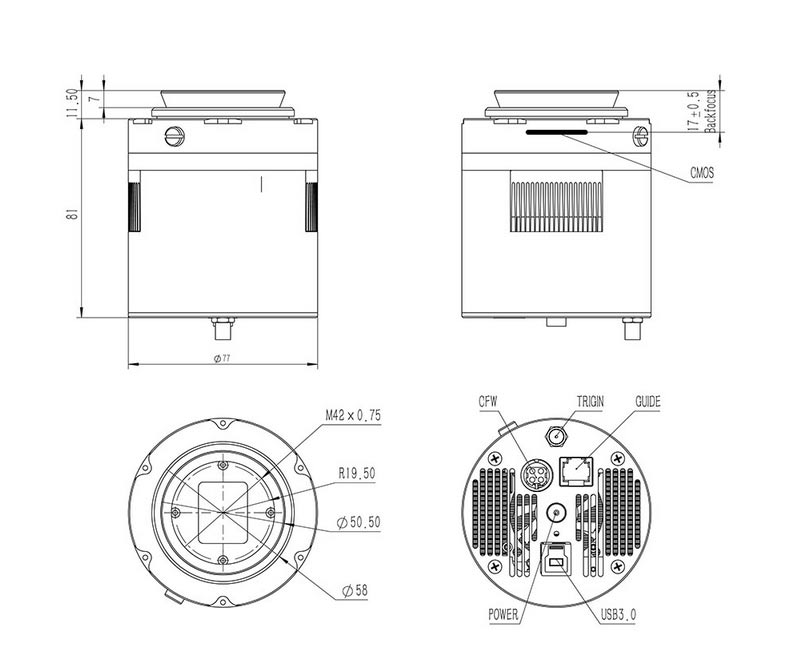 The QHY550 is the world's first color CMOS camera with on-pixel, four direction polarizing filters. The camera uses a 2/3-inch, 5 Megapixel, SONY IMX250 CMOS sensor with global shutter. The sensor is available in monochrome and a polarizing version. With the on-pixel four direction polarize filter, it can capture a polarized image with only one exposure. There is no need change the polarizing filter three times. It can generate a polarized video image at 68FPS high frame rate.

The QHY 550 M corresponds to the QHY 550 P in all technical specifications - with the exception of the "on-chip polariser". 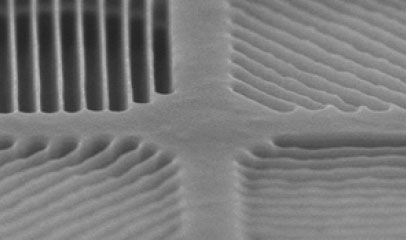 The polarizer is formed on the photodiode of the image sensor chip. In addition to capturing brightness and color the image sensor can also capture polarization information that cannot be detected by a normal image sensor. Polarsens is a Sony CMOS Image Sensor pixel technology that places polarizing filters for several different angles of polarized light on chip during the semiconductor process allowing highly accurate pixel alignment.

Polarizer is formed on chip under the on-chip lens layer

The QHY550 to capture a four-direction polarized image in one shot. It can calculate the direction and degree of polarization (DoP) based on the intensity of each directional polarization. Together with subsequent signal processing, it can capture the polarization information in real time. The QHY550 uses a USB3.0 interface. It can output 67FPS, full resolution 8-bit images. For 12-bit output it achieves 34FPS at full resolution. By selecting a region of interest (ROI) it can output hundreds of frames per second.

The final exposed image is read out in a monochrome .raw format. The following image processing is done with a software developed by QHY. After processing, a color-coded final image of the polarization of the imaging object from 0 to 360 degrees is available.

Note: QHY also provides this image processing software (incl. source code) to prospective buyers for testing prior to an order or purchase of a QHY 550 P. The condition is the signing of an agreement (NDA), which forbids the potential buyer to pass on the software or the source code to third parties. If you are interested, please contact us.

Some applications require imaging of fast-moving objects. However, existing CMOS image sensors are often unable to accurately identify such objects due to the focal plane distortion of fast-moving objects caused by the rolling shutter function. The IMX250 address this issue by providing an analog memory inside each pixel and realizing the global shutter function to enable high-picture-quality without focal plane distortion.

QHY550 uses a two stage TEC to cool the sensor to -35C below ambient. This can reduce the dark current of IMX250 significantly and greatly improves the dim signal detection performance. This is of benefit when detecting small differences in the polarized light in astronomical objects such as comets or the sun, in life science applications and in the optical lab.

For production inspection, a polarized detector can be used to detect imperfections, scratches, etc., that might otherwise be missed. Polarized light has long been used in gemstone geology, material science and biological applications.

Further details can be found on the original wepage of QHYCCD

Please note the additional details on the Tab "Downloads"