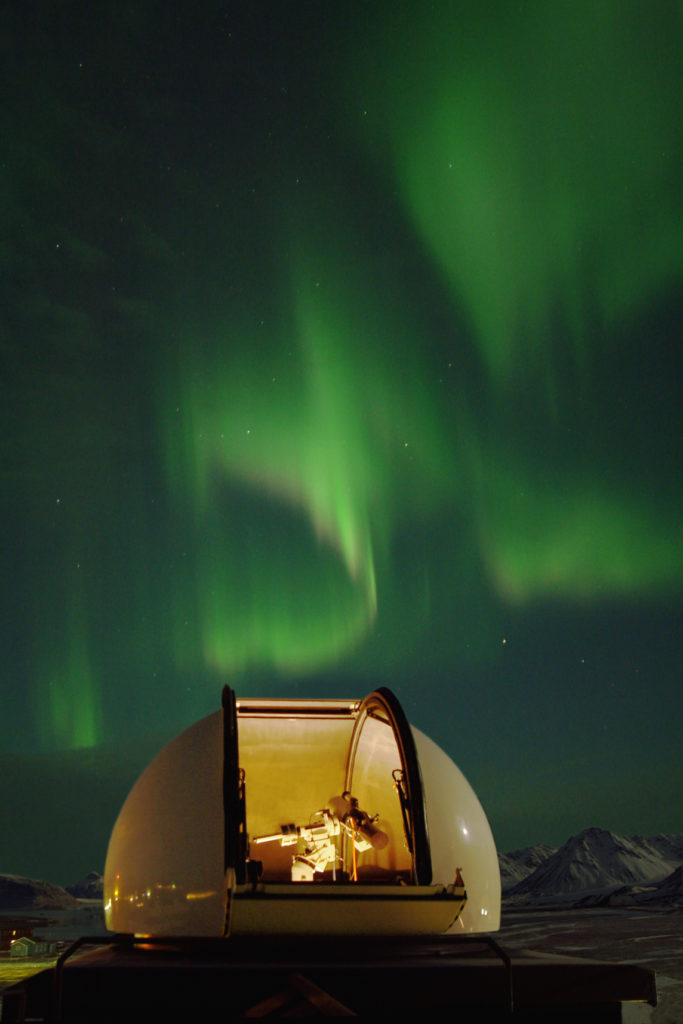 NyAlesund is the most northerly, permanently populated place on earth. From this point almost all European expeditions set out to conquer the North Pole. During the polar winter the route leads over the pack ice - from here almost 1000 km (as the crow flies) - to the geographical pole.

Both the geography and the weather conditions are unique. Two domes of competitors did not work at this place and had to be removed in favour of this construction. The main picture on the left shows the 3.2 meter Baader observation dome of the Koldewey Station for Atmospheric Research in NyAlesund in Svalbard, November 2003 - only a few days after one of the largest solar flares ever measured.

Zeiss-Meniskas 180 with automatic star photometer and ST-4 CCD camera on Astro-Physics 900 mount in low temperature version (note the pole height of the hour axis at 80° North). 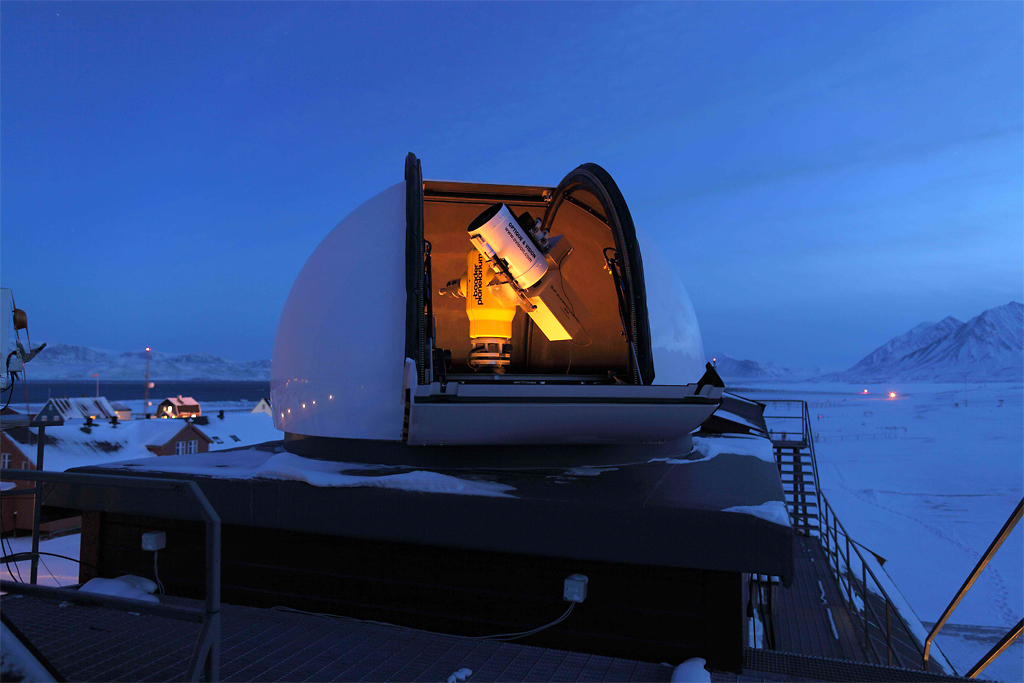 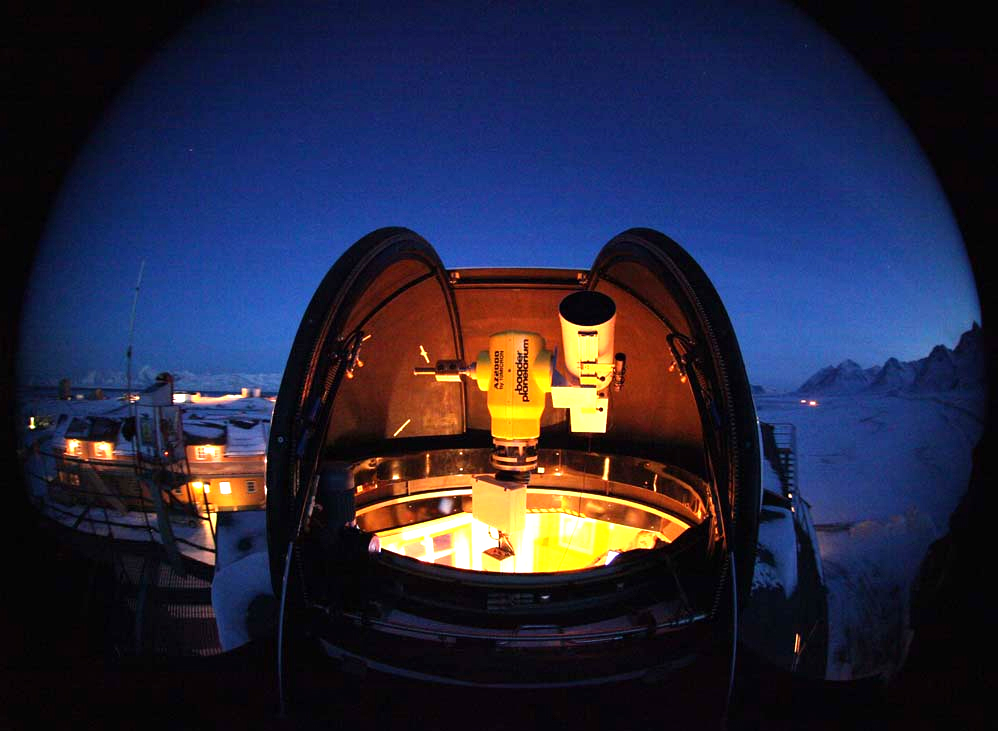 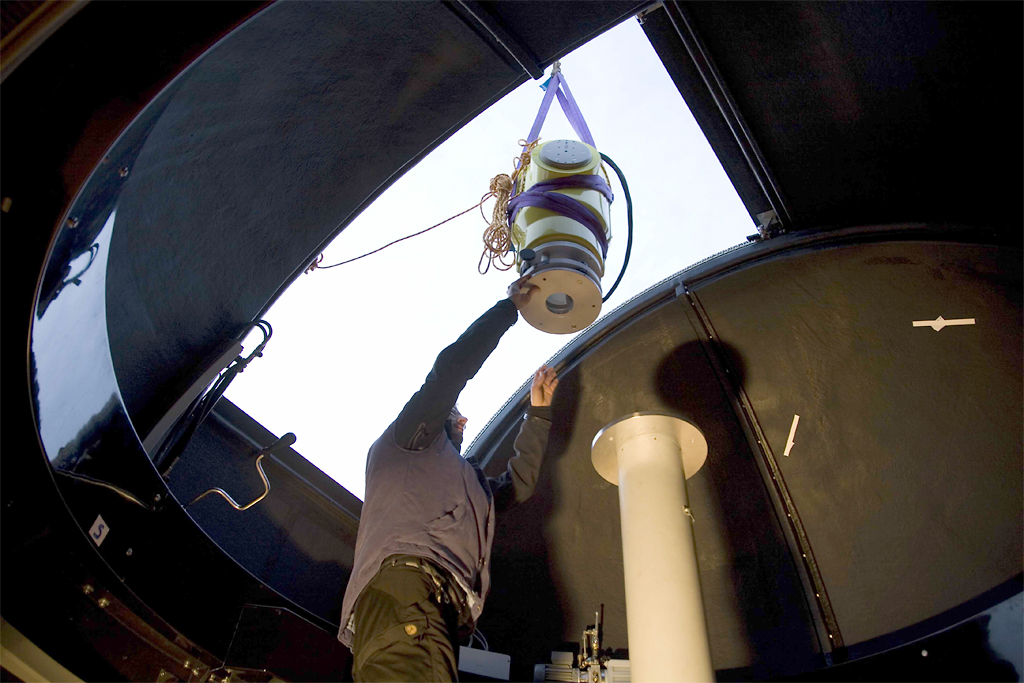 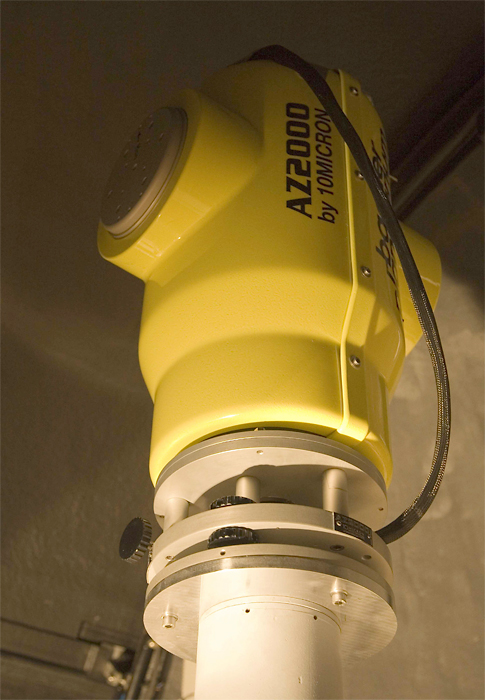