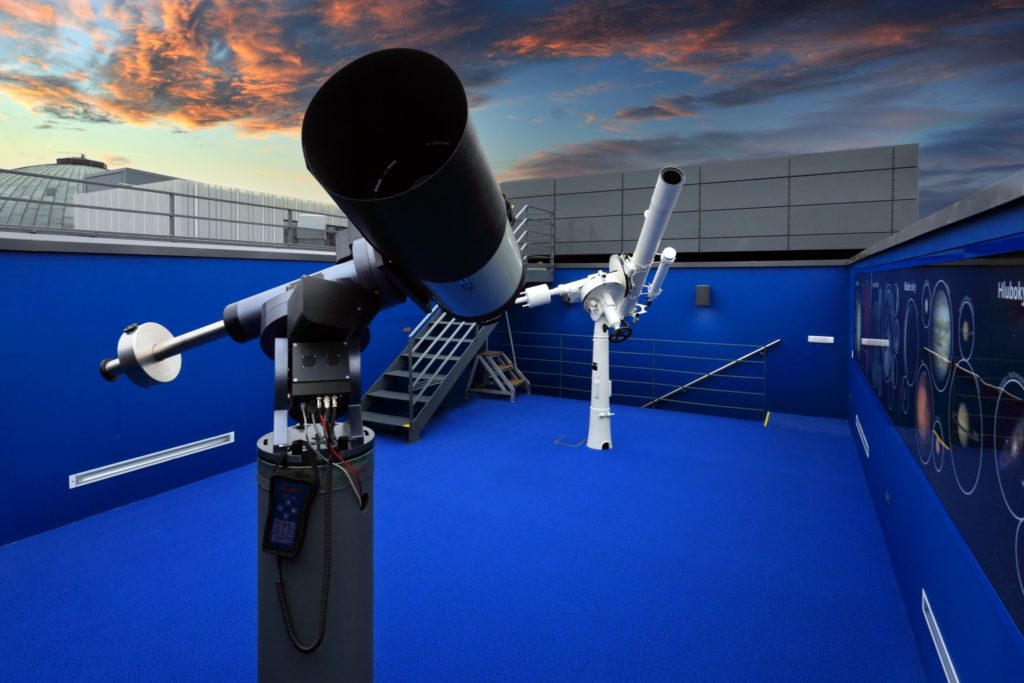 The Observatory and Planetarium in Brno took extensive reconstruction in 2011. When we chose a suitable mount for public observation deck, emphasis was placed on a sufficiently robust, yet precise processing and the possibility of automatic control assembly from rooms outside observation. Important was also sufficient capacity for the future use, too. The aim was to allow easy observations for the public, but also professional measurement. Of the possible solutions have been selected mount 10Micron GM4000 QCI.

Currently, the mount is equipped with a telescope Celestron Edge HD1400 (355/3910mm). This is complemented by a smaller refractror SW ED 100 / 900. In the future, it is possible to install there a larger telescope or other accessory.

Mount is going very accurately practically to any object in the sky. After parking or between the observations, the mount remembers its position. Usually, there is no need a new alignment. We found only one drawback. Internal clock has gradually over time (in the order of months) slightly parted with real time and thus increased error approaching to objects. This lack was removed by the additional GPS module. Once installed, the mount is able to go to the desired objects very precisely practically the entire season.

The mount GM4000 QCI is also connected to the internal computer network. This not allows only the remote control of the mount, choice of observed objects, but, for example, also easy controling of scientific observation or using specialized software for observation of satellites.