USB 3.0 - The Data Connection Between your QHY Camera and your Control PC/Laptop

This entry was posted on June 28, 2022 by Team Baader Planetarium

Many support requests that reach me via Baader Planetarium are related to the increasing use of USB – no matter whether mounts or cameras are connected, the old connections (RS-232, FireWire...) have largely been replaced by USB. The USB connection has made a triumphal march around the world, and the more devices are connected with it, the number of error messages also grows. 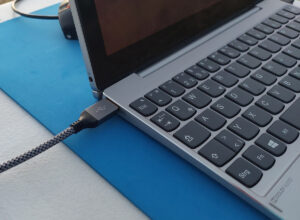 USB 3.0 stands for Universal Serial Bus and is a very fast data interface that is capable of transferring large amounts of data – including large images – to the PC in rapid succession. The raw image files are becoming larger and larger due to the large, high-resolution sensors, and the frame rates for downloading are also increasing more and more – and the interface must be able to cope with this. USB 3.1 came on the market in 2013 and transferred up to 10 Gb per second, shortly afterwards USB 3.2 increased the data rate to 20 Gb per second. In 2019, USB 4.0 with 40 Gb/s was introduced, but this interface version does not yet play a major role until today (Mid 2022). 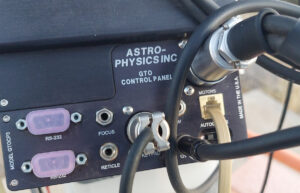 We hear again and again from customers using cameras from QHY or other camera manufacturers such as FLI or SBIG about problems with the USB connection between camera and laptop. We have therefore collected customer enquiries and try to point out a few possible solutions here that may be useful in case of USB problems.

In general, we have to distinguish between two problems:

Now there has to be considered what a user can do when problems occur, and what is caused by the control computer 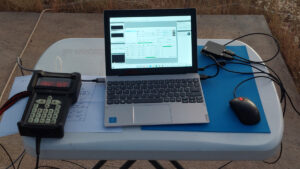 Windows updates are a big problem. In autumn 2021, for example, there was a Windows update that paralysed almost all USB 3.0 printers worldwide. This automatic operating system update also affected numerous cameras.

Please note: Although both are supplied by QHY, using the native camera driver and the ASCOM-driver can produce different image sizes! That is, the image can be two pixel larger or smaller depending on the driver, so that the images can’t be stacked. So: always use the same driver for your imaging sessions.

The remedy, at least for QHY cameras, was a driver update that QHY provided almost simultaneously with the Windows updates.

In general: Large updates from an existing Windows version to a newer one (perhaps from 8.0 to 10) should always be viewed critically because the USB management is often not updated and there are probably few users who can go so deep into the control panel to fix any problems that may exist there. So: If a stable USB connection to the PC is up and running, it is better to do without an automatic update first.

If an older Windows operating system is to be updated, a new installation - and not an update - is preferable. This is the only way to ensure that the "substructure" is also up to date and that no old code parts can cause problems. 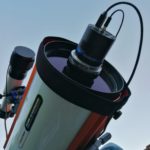 You can read about my experience with the FCCT adapter at the RASA 8. When I took my first pictures with the QHY 163M, I had nothing but trouble on one PC. But the same camera with exactly the same software ran on my second PC from the beginning until today without a problem.

The cause was my sequential update from Win 7 to Win 8.1 and then to Win 10: the USB management in the background had remained at the Win 7 level. As a result, the camera was shown to me in the device manager as ready for use without any problems, but there were often connection problems up to the loss of the downloaded image. By the way: The current All-In-One driver packages on the QHY site are stable and run really well (Win 10)! INDI is also supposed to run, but I haven't checked it.

BUT – There are more potential sources of error!

I often read about drops, half images, patterns or even black images, as well as connection problems. For all those who immediately think that the drivers are badly programmed: No, the camera drivers from QHY are just as good as drivers from other manufacturers and fulfil their function without any problems for many users worldwide! It should not be forgotten here that the PC also plays a role! It is not always the camera manufacturer's fault if things do not work as expected.

Since modern amounts of data are enormous, you should not work with "ancient" computers, even if they already have USB3. The hard disk must also be able to write this data, which usually requires an SSD. 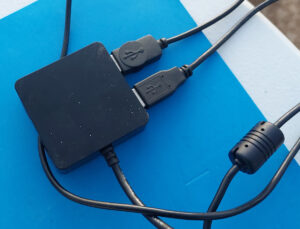 Older computers often have only two USB ports, so that USB hubs have to be used. Passive USB hubs, however, tend to cause problems! If a hub is needed, use an active hub with its own external power supply. ALWAYS connect the camera and guider directly to the PC and not to the hub.

Over and over again, the cables also cause problems. The maximum cable length for USB 3 is three metres; longer USB cables – or even shorter but too cheap cables – also transmit signal, but not at the maximum possible speed. For bridging longer distances, more expensive active cables can be used if necessary. These have integrated signal amplifiers to counteract the technically caused signal loss due to signal attenuation, electrical crosstalk or external interference.

Active cables have their own power supply and can be identified by an external power supply with another cable. For demanding users of our QHY cameras, we offer active extensions in lengths of 5 metres and 10 metres ( 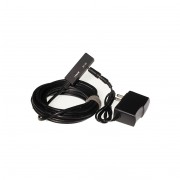 There are also solutions that convert the USB signal and route it through a network cable for long distances. Finally, signal transmission with optical signals should be mentioned. Here, an electro-optical converter sends the signal through an optical fibre and translates it back for the receiving device.

If the PC is not powerful enough to download and process the data fast enough, the screen in the download sometimes shows only half or completely black images and the data communication breaks down. In this case, it is advisable to treat the new camera to a new control computer as well.

If you are having problems with your new astro-camera, please check the following points:

If you don't know any of these effects - GREAT! Then continue to have fun and take lots of great pictures!