The telescope equipment for the Mars Opposition

This entry was posted on September 9, 2020 by Team Baader Planetarium

Tips for the visual observation of the Mars opposition 2020

The observations of the Mars channels in the 19th century were made with telescope apertures of 30 to 50 centimeters. Telescopes with similarly large apertures (like the Celestron C14, or the PlaneWave CDK 12.5- and 20 inch) are now well within the reach of amateur astronomers. Perhaps you will succeed in spotting the large Canyon Valles Marineris?

To help you succeed in the hunt for fine details on the Red Planet, we have put together some tips for you. 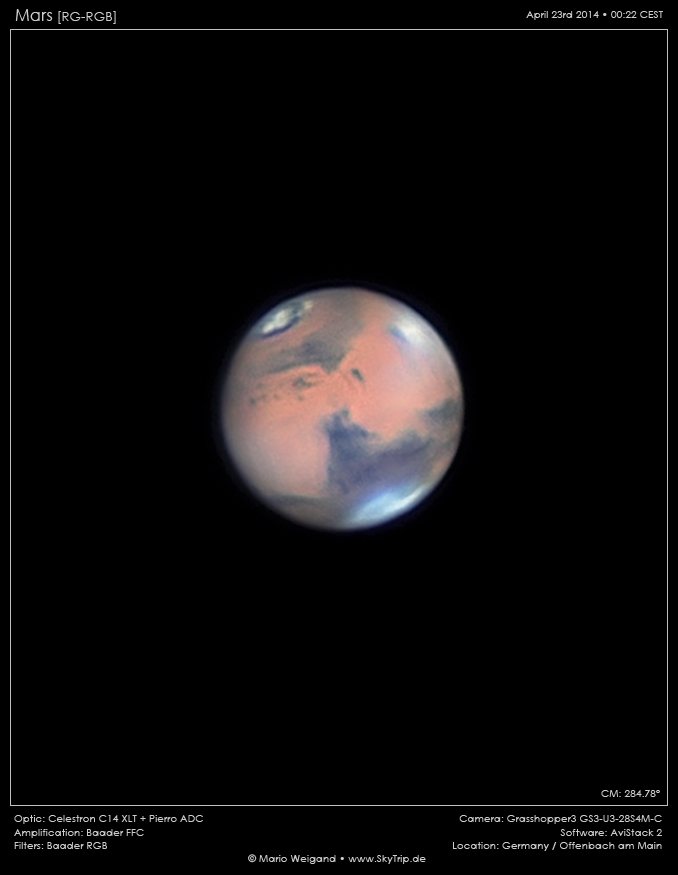 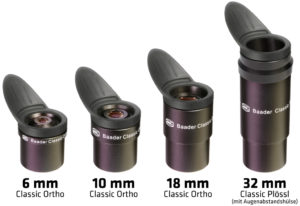 Orthoscopic eyepieces ("Orthos") are still the first choice for planetary observers because they need just a few lenses to show a bright, high-contrast image; modern wide-angle eyepieces such as the Morpheus eyepieces are not inferior to them and at the same time offer a more comfortable view with a larger field of view – but they also cost much more.

Due to the relatively small apparent field of view of about 50 degrees, the classic orthoscopic eyepieces are relatively inexpensive. Foldable eyecups for shielding from extraneous light are absolutely  recommended. With a good Barlow lens, the magnification can be further increased or brought to a value that matches the pixel size of a video module for planetary photography. For highest demands and magnifications you should use the Fluorite Flatfield Converter (FFC) / 3x-8x (#2458200, € 689,-) . 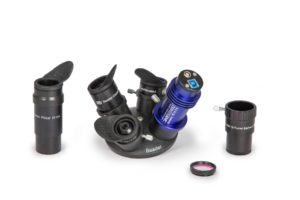 Especially interesting for the mars observation ist our Planetary-Bundle: the QHY 5-III-462C CMOS planetary camera with the Baader Q-Turret Eyepiece Set. The Q-Turret eyepieces deliver outstandig sharpness and contrast. With one twist you can switch between the three high-quality Classic Ortho eyepieces, which are the first choice of planetary observers because of their image sharpness, and the QHY. Also in the set: A 32mm Classic Plössl and a 2.25x Barlow. The comfort of a zoom eyepiece combined with the quality of fixed focal lengths! 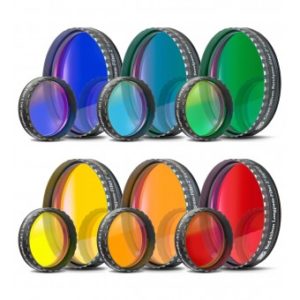 For surface details on Mars, red and orange filters have proven their worth. The red and yellow-orange filters provide a general increase in contrast of the dark surface structures compared to the reddish Mars background. Blue tones in the atmosphere (e.g. clouds and haze) are blocked and the red tones are emphasized. Green filters enhance the contrast of polar caps, CO2 rime and dust storms. Blue and violet filters mainly show structures of the thin Mars atmosphere like haze, clouds and the violet clearing (haze layers on the terminator). Changing the filter is particularly convenient with a filter slider or a filter wheel.

The orange filter ist the classic Baader "Mars-Glass" and provides the best contrast enhancement on the planet Mars. Carl Zeiss coined the name "Mars glass" for this filter over 100 years ago. The Baader Orange filter is optically polished on both sides and has a 7-layer, high-quality multiple coating. It thus delivers the highest achievable brilliance even at the highest magnification

Relaxed observation is possible with a binoviewer (for example with our Baader MaxBright® II Binoviewer ). We use two eyes during the day, why should we do without them in the night sky?

The Baader FlipMirror II Star Diagonal with two M48/T-2-ports is a great tool to make imaging the planets easier. Here, we'd like to show you two possible fields of application. Planetary Imaging with the FlipMirror Star Diagonal

Often a bad image is not due to the telescope, but to the simple star diagonal that is included. We offer a range of mirror and prism diagonals. There is also an especially interesting option if you are doing both photography and visual observations: With the Baader FlipMirror II Star Diagonal (#2458055, € 215,-) you can switch from eyepiece to camera in seconds, and of course it can be combined with filter sliders / wheels. 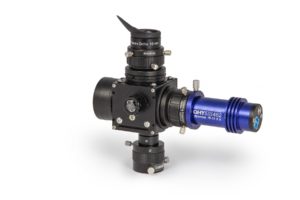 For deep-sky and planetary photographers, we have created a high-quality photo bundle with the new – a RGB single shot color camera with high quantum efficiency and high sensitivity in the near infrared spectral range: center a planet in the eyepiece and switch to the QHY for planetary photography with the flip mirror - or connect the QHY to the Off-Axis-Guider and use it as autoguider for deep sky photography with a DSLR or CCD camera! The QHY 5-III 462C camera in a set with Baader FlipMirror II Star Diagonal and Off Axis Guider for Baader FlipMirror II (BFM-OAG) as (DSLR) photo bundle is available.