Ready for the Moon?

This entry was posted on April 3, 2019 by Team Celestron 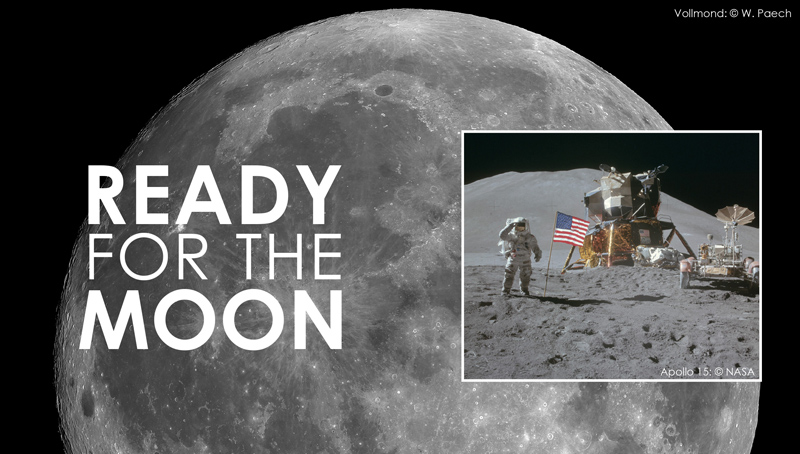 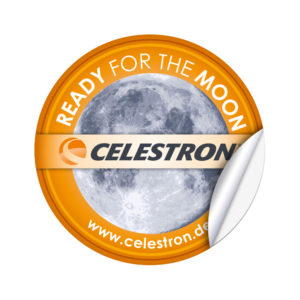 50 years ago, all eyes were focused on the Moon: With the Apollo 11 mission on July 20, 1969, humans landed on the Moon for the first time. Since then, numerous unmanned probes have explored the Earth's satellite, and ever larger telescopes are looking into the depths of space. Today, amateur astronomers can use equipment which was half a century ago hardly imaginable even for professional astronomers.

While colorful images of distant galaxies are common today, our Moon hasn't lost its fascination to this day. Its craters, mountain rangers and lava-filled maria are still among the most impressive things which we can see in a telescope - no other world shows so many details! And for many star-gazers, the lunar eclipse of last summer is unforgettable.

On the occasion of the 50th anniversary of the moon landing, we would like to give you an overview of what our Moon has to offer.

Did you know that you can see craters with a diameter of only a couple of miles in the telescope, and that its sight is constantly changing? 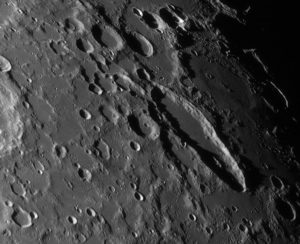 This is how detailed the moon looks in a larger amateur telescope (Copyright W.Paech, Crater Schiller, Celestron C14)

The light conditions change with the position of the Sun, so that the moon shows more than just the well-known phases which are already visible we to the naked eye: In the telescope, you can see the sunrise slowly moving over the Moon's surface. It is unbelievable to witness how mountain peaks suddenly emerge from the airless darkness on a strange world. Only a little later, they are fully illuminated in the morning sun.

What could be more tempting than to capture the Moon in a photograph? 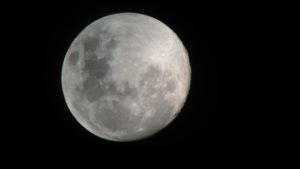 Even with a smartphone and a small telescope the moon can be photographed so beautifully (Copyright A.Kerste, Full Moon, Astromaster 70 AZ)

Where we were working with diapositives 50 years ago, modern digital cameras open up completely new possibilities. You can attach a DSLR or system camera to a telescope and capture the complete Moon at focal lengths of 1.5-2m. Or you can use a video module to combine tons of single shots to high-resolution images. Does this sound too complicated? Then why not shoot through the eyepiece with your smartphone?

Over the next few months, we want to publish a couple of tips and blog posts, so that you can experience the "fascination Moon" yourself. Are you Ready for the Moon?