This entry was posted on January 10, 2017 by Team Baader Planetarium

Installation of the new 0.5m-Telescope at the Student Laboratory 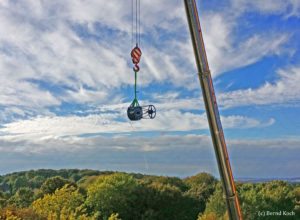 At the end of September, the company Baader Planetarium GmbH, Mammendorf/Germany delivered the long-awaited large telescope, which allows us a deeper view into the cosmos and to establish new horizons for our project course students in astronomy.

For the many astronomy students at Carl-Fuhlrott-Gymnasium it was as if Christmas and birthday fell to one day. For two years now, we Michael Winkhaus and Bernd Koch have been working to expand the observatory into a modern student research facility, and now it has finally come to fruition: On Thursday, September 29, the new telescopes together with a new telescope mount and pillar were supplied and installed by Baader Planetarium. Over a ton of total weight had to be lifted to the student observatory on the highest roof of the school.

Like so many times, the CFG got help from local companies. This time the company Autokranverleih Neeb GmbH supported this action and provided the load crane completely free of charge, with which the heavy equipment was lifted from from the ground into the observatory building. A spectacular action for the nearly 1500 students of the CFG college at this sunny Thursday. 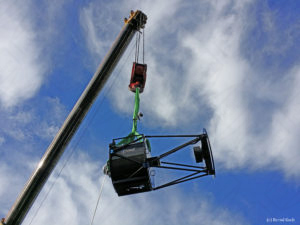 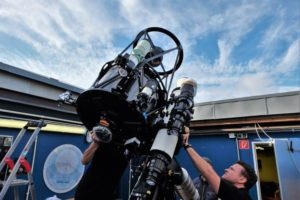 In time for the rain at 8 pm, Michael Risch and Goran Aladzic of the company Baader Planetarium finished the installation. Cordial thanks to both! A detailed report has been published on our school website (October 3, 2016): http://www.cfg.wtal.de/fset.htm

The main telescope of the observatory of the Student Laboratory Astronomy is now a Planewave CDK 20 telescope with 50cm aperture on a 10Micron GM4000HPS mount.

The 10Micron GM4000HPS mount is characterized by absolute encoders on both axes, which allow precise pointing to heavenly bodies. We could not test that on the installation evening because of the coming rain.

Now it was necessary to polar align the GM4000HPS the next clear evening and to create a star alignment model (pointing model) for finding celestial objects. In the first attempt, the polar alignment succeeded to 5 arcminutes, the pointing model created after that already allows a pointing to 30 arcsec (RMS). This is very precise. And this was only achieved by visual means without a crosshair eyepiece. Further improvement of the pointing model will be sought at the next opportunity. 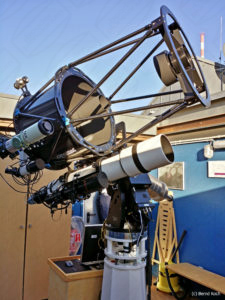 In addition to precise pointing of the mount, it was important for us during the planning phase, that the mount can be controlled with a manual control unit (keypad) completely independently of a computer. This allows independent observations with groups directly at the telescope.

All optical tubes attached to the mount are designed in such a way, that we can be quickly switch between visual observation (eg with visitor groups), astrophotography and videography as well as star spectroscopy with the BACHES echelle spectrograph. Care should be taken to ensure that the telescope is well balanced for the best run. Experience has shown, however, that the drive forgives a slight imbalance. Once again a key point for group observations, if you have to change accessories quickly.

In addition to the CDK 20, an apochromatic TEC160FL fluorite refractor, a Celestron ED 80/600 and a Pentax 75 refractor were mounted. The refractors are used for astrophotography, videography and solar observations, and can be interchanged with all existing accessories. This includes a 0.5Å SolarSpectrum H filter, now also with 160mm Energy Rejection Filter (ERF) for use at the TEC160FL. 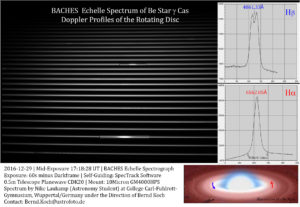 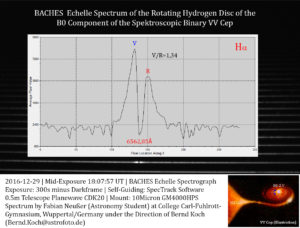 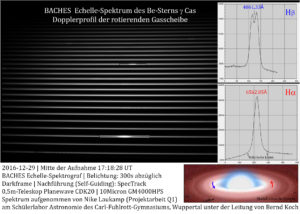 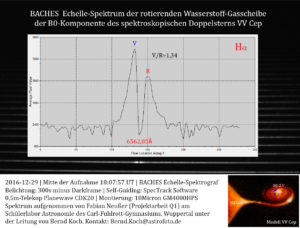 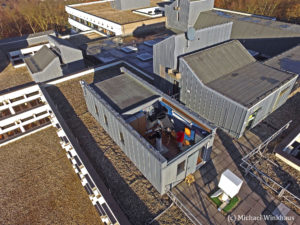 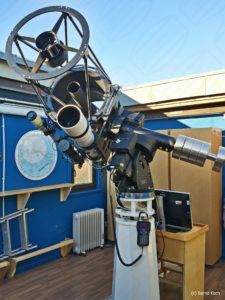 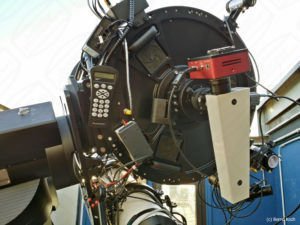 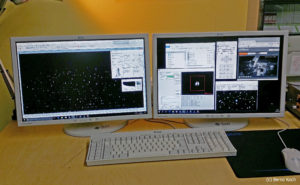 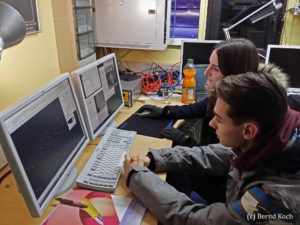 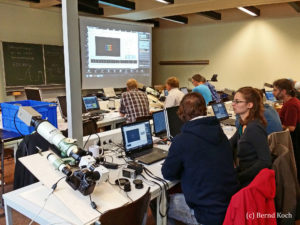