For several months now, scientists have been observing that the Great Red Spot (GRS) on Jupiter is changing in an unusual way. On the following photo from 22.2.2019 – taken by the US space probe JUNO which is currently orbiting Jupiter –  you can see that the GRF had already started to change in February and is literally "flowing out". 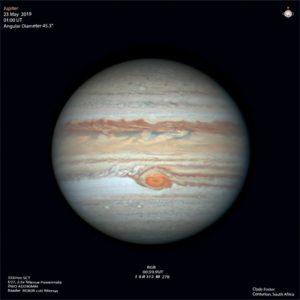 This development is now so advanced that it can easily be spotted by astro-amateurs on Earth. Our customer Clyde Foster from South Africa provided us with the following images, taken with Celestron Edge HD 14 and Baader LRGB filters. The red material flows like an arc out of the GRS (which is actually a storm area). 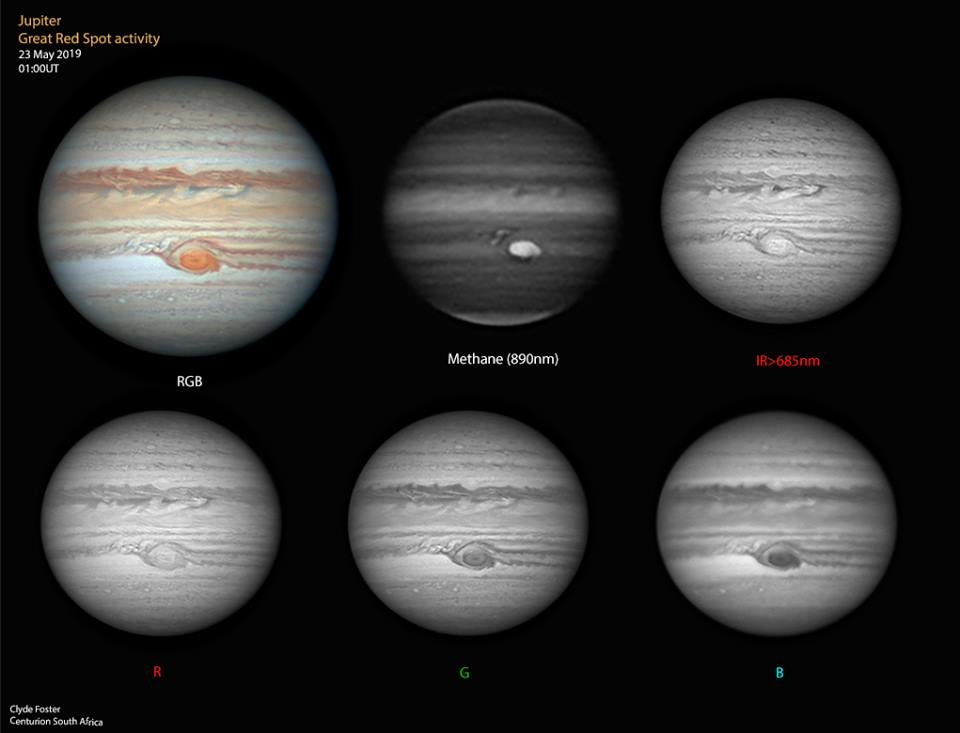 The Great Red Spot is a high pressure area and the largest storm in the solar system that has existed for at least 350 years. Changes to the GRF are nothing new. It has shrunk considerably over the centuries (from three times the size of the earth to earth-size), occasionally it even becomes "pale" orange. However, noone has ever seen such a behaviour before and therefore it can't be predicted what will happen. 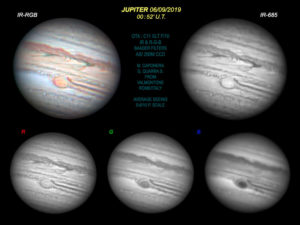 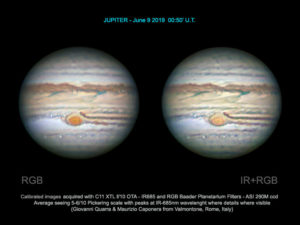 Tips for observation and photography

Even with relatively small telescopes (from about 114mm opening, AstroMaster 114EQ Teleskop (#822020, € 299,-) ) and magnifications of around 200x to 250x the GRS and its new "edge", which looks like an eyebrow, should be visually and photographically visible

For more details, e.g. of the "flowing out", telescopes from 200mm opening (C8) are needed. Our Neodymium Moon- and Skyglow Filter is a great help for observation because it enhances red tones. The spot then "jumps" into your eye.

If you like to observe and take pictures at the same time, our new Baader FlipMirror II (available from July) not only saves you the constant change of eyepiece and camera, but also helps to center the planet exactly on the camera.