This entry was posted on April 20, 2018 by Team Baader Planetarium 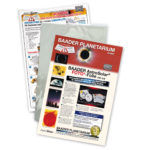 On April 14th, Philipp Salzgeber was able to catch the ISS while passing in front of the sun. For this, he used a filter made from AstroSolar® Photo Film OD 3.8 (#2459278)

He kindly gave us the permission to repost his blog post from http://www.salzgeber.at/astrophotography/solar/iss-solar-transit.

As the ISS orbits our planet, from time to time it passes in front of the sun for a given location.
https://www.calsky.com and https://transit-finder.com/ allow you to predict such transits for your location. 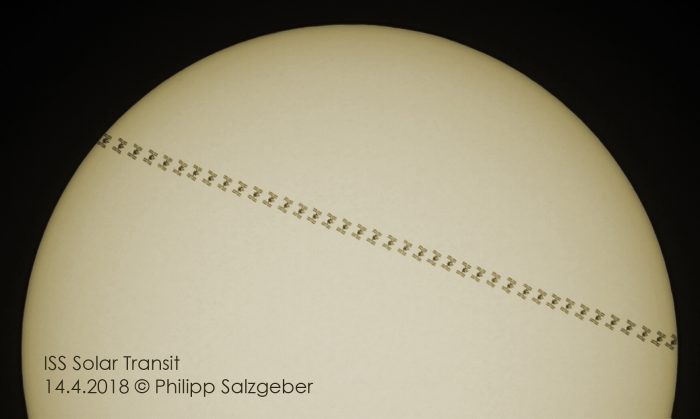 A combination of all frames that captured the ISS.

On Saturday, April 14th 2018, such a transit happened, and I was able to capture it:

(Of course the sound is artificial!)

I used a 127mm refractor with a 2x teleconverter, shooting FullHD Video in DX crop mode on a Nikon D750.

Here are some images taken from the video, and a combination of all frames that captured the ISS: 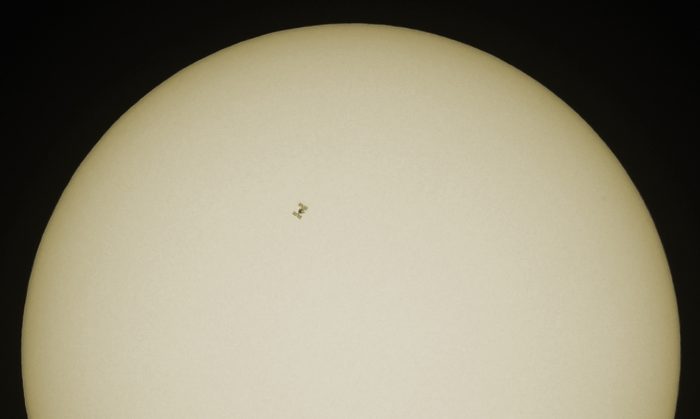 A single frame showing the silhouette of the ISS in front of the sun. 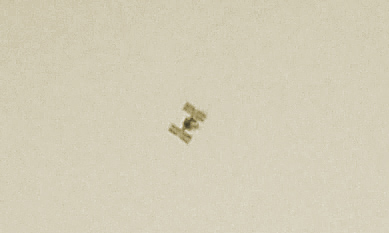 An enlarged crop showing the shape of the ISS.