This entry was posted on October 28, 2020 by Team Baader Planetarium

A New Guiding System for the Telescope

The Alfred-Jensch telescope (AJT) is a versatile telescope which can either be used for wide-field imaging in the Schmidt mode, or for the high-resolution Echelle spectrograph in the Coudé mode. In the Schmidt mode the AJT has an aperture of 1.34m, and 2m in the Coudé. A CCD camera with 6144 x6160 pixels of 15 μm is being used for wide-field imaging.

Both modes require accurate guiding. For the Schmidt mode guiding is provided by a classical Fraunhofer refractor with an aperture of 30cm and a focal length of 475cm. At the Coudé-focus a camera guiding is provided by a camera that looks at the entrance slit of the spectrograph. Up to now, both modes use a TV-guiding system with image intensifiers. However, this system has a number of drawbacks.

The most severe one is its sensitivity, or rather the lack of it and the second disadvantage of the original system is its non-linearity which makes it impossible to determine the brightness of the stars while taking spectra of them. Simultaneous spectroscopic and photometric observations are, however, needed to study flare-eruptions on stars. Studying such events is important because they can have severe effects on the habitability of planets.

Given all these limitations of the old system, we started looking for a new camera system. After extensive tests, we finally selected the iXon Ultra 888 EMCCD detectors with 1024x1024 pixels of 13 μm for the guide telescope, as well as for the Coudé focus.

Star cluster Messier 52 observed with the old system (left) and with the iXon Ultra 888 EMCCD (right). 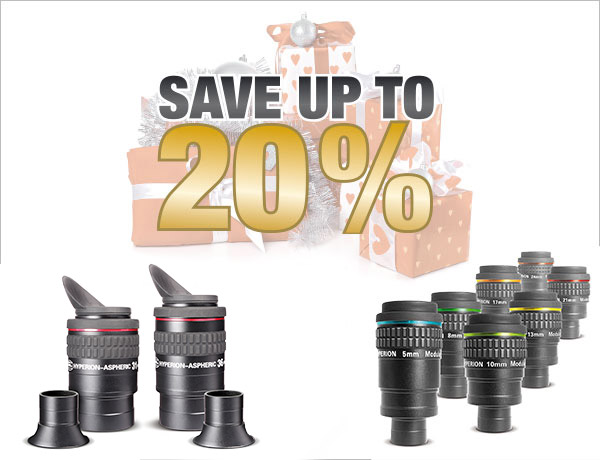