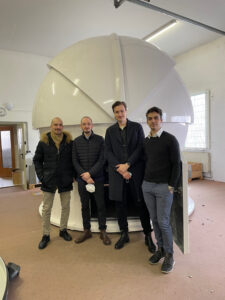 In collaboration with Baader Planetarium, Planewave and Andor, the Swedish Space Cooperation (SSC) SSC has been developing a ground station for satellite tracking over the past 1,5 years. A couple of days ago, a first successful test run took place at Baader Planetarium's factory.

The development is part of SSC’s Space Situational Awareness (SSA) program with the aim at contributing to both safer and more sustainable use of near-Earth space, as the number of objects keeps increasing at a rapid pace. The aim of the tests was to ensure the station to be as efficient as possible in generating highly sophisticated SSA data, by combining the highest quality individual components.

A 3.5m Allsky Dome from Baader Planetarium was chosen as the protective structure. This Dome structure is designed for space and satellite applications and allows a complete opening and thus an overview of the entire sky w/o moving parts and therefore minimum amount of wear. For the planned installation site in Australia, this is the perfect construction for the atmospheric conditions and allows the telescope to continuously track satellites even in very low orbits. It is also possible to observe so-called "space debris", i.e. non-steerable rocket parts, satellite debris or disused satellites orbiting and posing a threat to space travel. 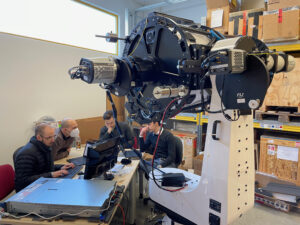 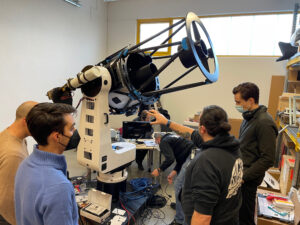 The larger the telescope and the more sensitive the camera, the smaller satellites or pieces of debris can be observed orbiting the Earth. The station's large Planewave telescope, which was optically customized for SSC´s demands, in conjunction with the Andor camera, makes it possible to record even very faint reflections of sunlight off the satellites. Due to the speed of the Planewave L-mount on which these components are mounted, even small objects in low Earth orbit can be surveyed in large numbers in one night. In order for this combination of technology from different manufacturers to work in harmony, the control software for all the individual components must have a common superstructure, which the programmers at SSC have created.

Whether everything actually works as planned was to be tested during a test at Baader Planetarium, where the complex mechanical/technical integration took place. For this purpose, a team of four from SSC, led by programme manager Jacob Ask, spent a week at the Mammendorf factory. 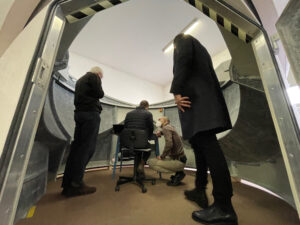 On the first day, the dome was checked, which was a very quick and easy procedure. It worked perfectly and harmonised with SSC's programme, which was used to control the dome segments via their IT. 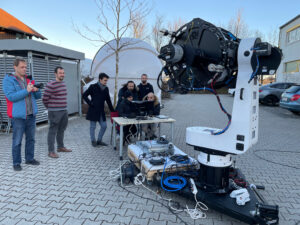 With the only clear night looming for Wednesday, there was some time pressure to get at least the main components (mount and camera) connected to a powerful server pre-programmed by SSC and up and running. Only two hours after the system left the integration hall for the first time, the first photons of a star were registered on the camera's large sensor so that the camera could be focused. It was already obvious that all adaptations as well as the adjustment of the optics were correct. With increasing darkness, more stars appeared and a so-called alignment procedure could be initiated, i.e. the telescope photographs many different sky fields, analyses the star patterns, and software uses this to determine its orientation under the sky as well as the compensation for the Earth's rotation. This procedure was completed in less than an hour, and the images of stars were as expected. Encouraged by this quick success, orbital elements of a satellite just passing over were subsequently entered into TLE format. The SSC software calculated its motion, transmitted the data to the mount that followed the satellite, while the Andor camera took images. From the first image, the satellite appeared as a cleanly tracked dot, while the stars in the background were distorted into streaks by the movement of the L-mount following the satellite. After that, more satellites were tracked and the result was always the same. 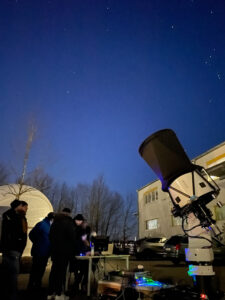 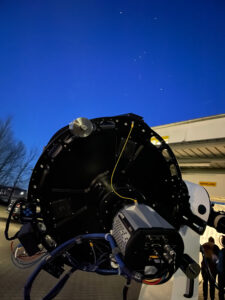 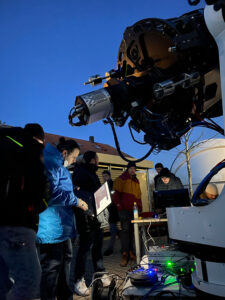 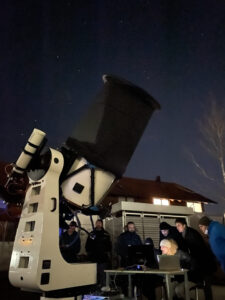 We’re very satisfied with these tests. Through the combination of great ideas and products, innovative code and reliable and visionary partners, this SSA station will soon start to work for a more secure Earth orbit, says Jacob Ask, SSA program director at SSC. 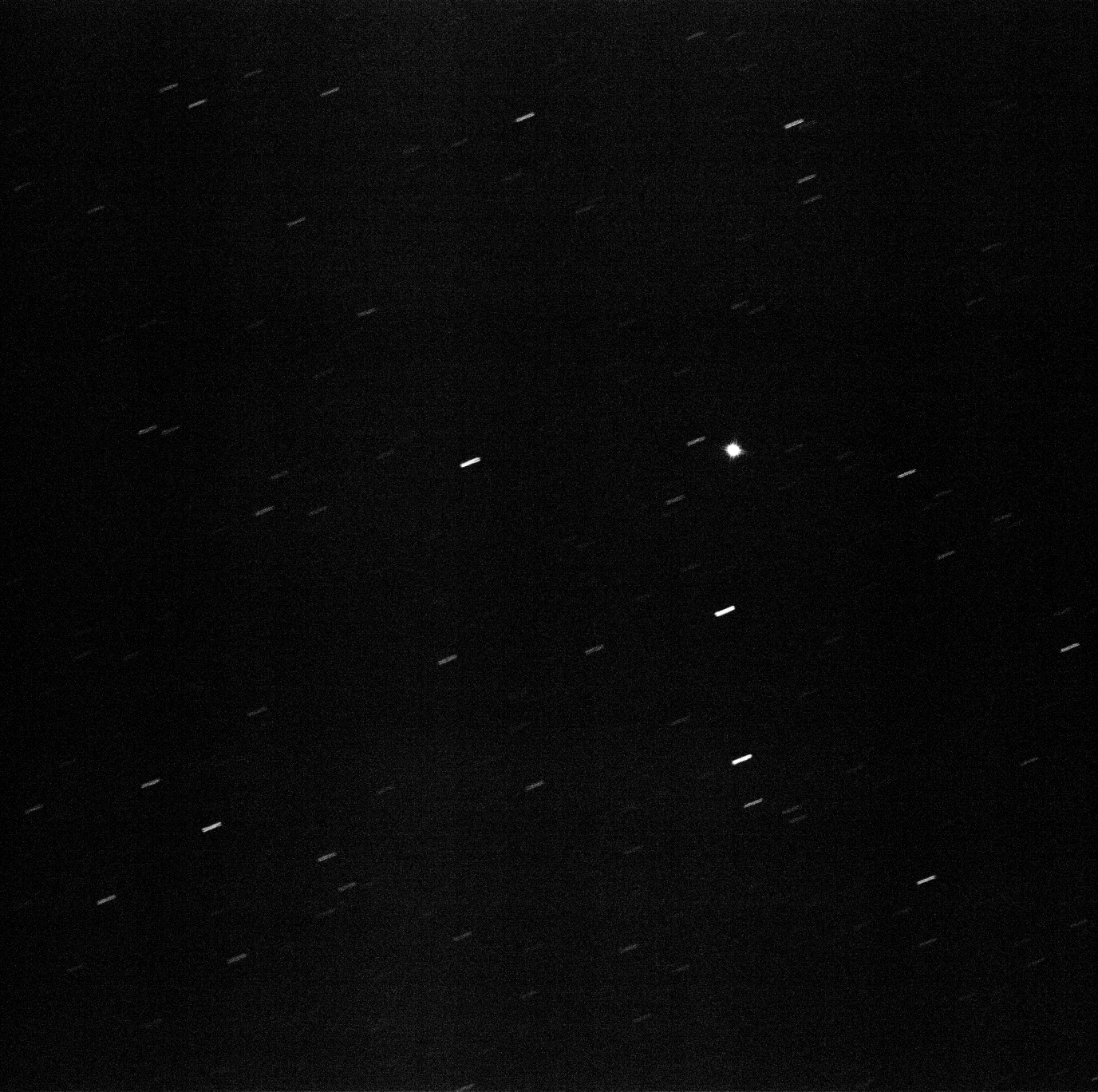 First satellite tracked with the equipment 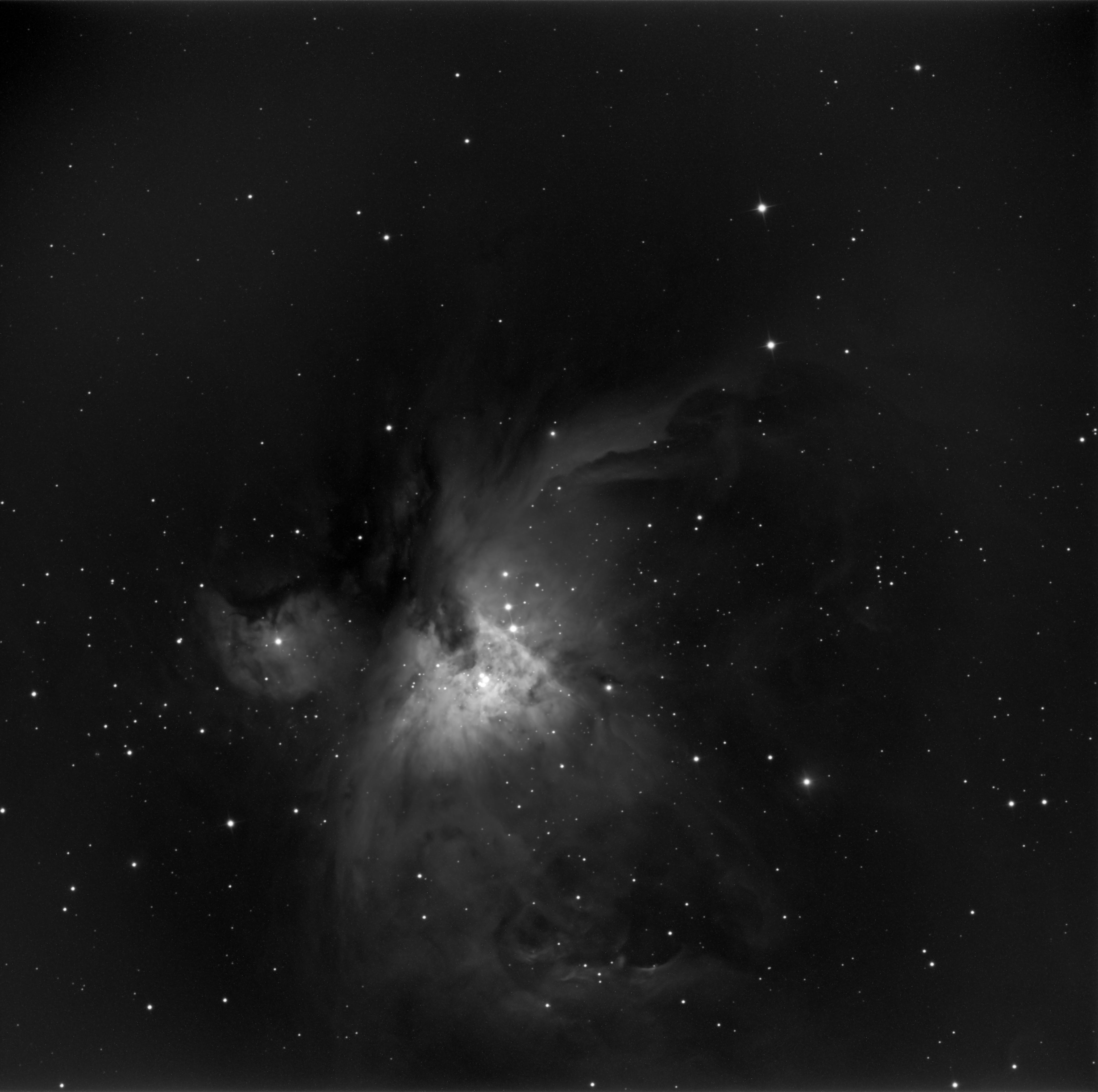 None of the people involved from the SSC and Baader Planetarium teams had expected such rapid success, and after three hours the tests were already complete and the FAT was sucessfull. In the following days, the programming of the SSC software was refined before the equipment was dismantled again and prepared for shipment to Australia. Thanks to the combination of great ideas and products, innovative code and reliable and visionary partners, this SSA station blueprint was born and will soon start to work for a more secure Earth orbit

The tracking infrastructure is now being installed at SSC’s new satellite tracking station at Western Australia Space Center, 400 kilometers north-east of Perth. The station's large Planewave telescope and high-speed Andor camera makes it possible to record even very faint reflections of sunlight off the satellites, making it possible to survey large numbers of small objects in low-Earth orbit in a single night.

The 3.5m Allsky Dome from Baader Planetarium functions very well with the atmospheric conditions at our planned installation site in Australia. The infrastructure allows the telescope to continuously track satellites and space debris even in very low orbits, says Jacob Ask, SSA program director at SSC.