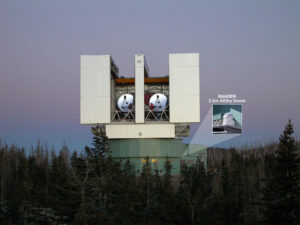 On the 3221m tall Mount Graham in Arizona stands an observatory like no other, because it consists of two huge optical telescopes on a single mount under an enormous protective structure: the Large Binocular Telescope Observatory (LBTO).
Next to it, a downright tiny Baader 2.3m AllSky dome has now been installed. 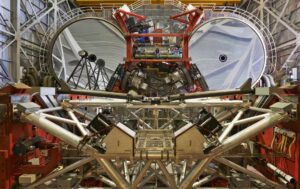 The two 8M mirrors of the LBT telescope © AIP

The "Large Binocular Telescope" (LBT) has two mirrors with 8.4m diameter each, which together form the largest optical telescope in the world. It collects as much light as an 11.8m telescope. However, due to the distance between the mirrors, the resolution of a 22.8m mirror is achieved, which can also be used sensibly thanks to adaptive optics. Several German institutes are involved in this telescope with a total of 25%. So we received a request from the Leibniz Institute for Astrophysics in Potsdam (AIP) for a small Baader Allsky Dome 2.3m, which should be placed directly next to the monstrous dome of the LBT. At first we were wondering what this dome should be used for. An inquiry with the AIP finally revealed that it was to house a solar polarimeter an a PlaneWave L-500 mount. The polarimeter would be connected to an instrument of the LBT. 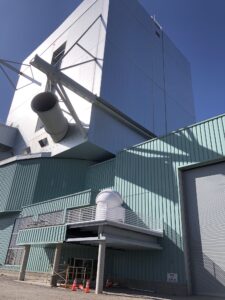 The 2.3m AllSky observatory next to the LBT shelter © AIP

The solar polarimeter was designed and built at the AIP in Potsdam to observe the Sun as a star and obtain the full polarization (Stokes) parameters of the Sun on a daily basis. Analysis of the Stokes parameters will provide information about the distribution of the Sun's large-scale magnetic field. A refined analysis method will also map the small-scale distribution of the magnetic field, which will be used to study solar activity, among other things. 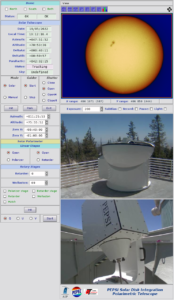 The reason the polarimeter and Baader Dome are installed near the LBT is that the polarimeter uses the PEPSI high-resolution spectrograph, which is installed at the LBT and is also used for stellar observations with the large telescope in integral light. A similar stellar polarimeter, connected to PEPSI with optical fibers and also built at AIP, is used to observe and analyze the stellar magnetic fields and their distribution over the stellar surface.

Thus, the LBT dome and the Allsky 2.3m dome, connected by one instrument, become a unique laboratory that allows the study of our nearest star, the Sun, and the distant stars in the Milky Way in comparison. 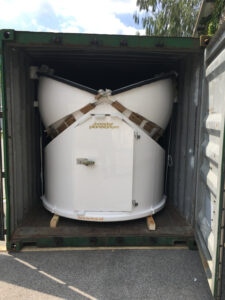 The Baader 2.3m Allsky Dome is our only dome that can be transported almost completely assembled in a container (only the two largest clamshell segments are dismantled for transport and assembled on site), and it can be lifted in one piece by crane. Therefore, both the shipping to Arizona and the installation were a quick and trouble-free affair.

We are pleased that our dome plays an important part in this project - despite its comparatively dwarfish size next to the huge LBT shelter.