Why is a monochrome full frame sensor so popular in astrophotography? 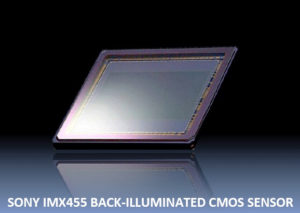 For many years before electronic imaging became commonplace, the standard method of taking astro-photos by amateurs was to use a 35mm film camera. A single 35mm film frame measures 24mm x 36mm with a diagonal of about 43mm. Early SCT telescopes produced a useable image circle slightly smaller than the 35mm frame, so images were typically cropped but the wide range of types and availability of 35mm film made this size a "standard" for amateurs.

With the advent of electronic imaging, affordable CCD sensors for amateurs were initially much smaller than 35mm film and this sparked debates over whether it was better to have the higher sensitivity of the electronic sensor or the superior filed of view and resolution of film. Over time, CCD sensor prices came down and affordable sensors for amateurs got larger with higher resolution until finally CCDs became available that were the same size as a 35mm film frame with relatively small pixels and good sensitivity. Astroimagers prefer to produce color images using a monochrome sensor and RGB filters, but many of the new CCDs were color sensors with built-in RGB filters required by the consumer camera market. CMOS sensors were initially considered unsuitable for astronomy due to their higher noise and image artifacts. So, the availability of the 35mm format, 11-megapixel, monochrome CCD from Kodak caused quite a stir in the amateur astronomy community when it was released a little over 15 years ago. The KAI11000 and successor KAI11002 have been widely used for atrophotography. Cameras using these chips include SBIG's STL-11000, QHYCCD's QHY11 camera and more.

Over the past 15 years CMOS sensors have steadily improved due in part to their lower cost and wide spread use in consumer cameras. Eventually, all major brands of consumer digital cameras have made the transition from CCD to CMOS sensors. The chip size standards include 1-inch, 4/3-inch, APS-C format and full frame, among others. Full frame refers to the effective photosensitive area of approximately 36mm x 24mm, the size of 35mm film. In addition, there are larger medium format sized sensors aiming to replace 645 and 6x7 film, etc.

Usually, the larger the telescope diameter, the larger the sensor area it will cover. The maximum frame size that many amateur-class telescopes can support is generally around the size of APS-C format but some telescopes can support full frame, such as FSQ106, 70SA and the new Celestron RASA and Edge HD scopes. More expensive scopes can produce a useable image circle larger than 35mm but there is generally a quantum leap in the total cost of such systems supporting imaging cameras with sensors larger than 35mm format. Not only are the cameras and scopes more expensive, the cameras require filters larger than 2 inches (50mm) and this means a larger more expensive filter wheel and more total weight requiring a larger mount. Full frame sensors therefore remain the "sweet spot" for many amateurs by offering the maximum size system that can still use 50mm filters and take advantage of the useable image circle of most affordable quality scopes.

Recently, Sony released several new CMOS sensors, including the 60 Megapixel, full frame, IMX455. QHYCCD uses this sensor in its new QHY600 cameras. The question then is how does this sensor compare with the ubiquitous KAI11002? We know that the KAI-11000/11002 is an interline CCD sensor and the IMX455 is a CMOS sensor. But what are the advantages of the new IMX455 compared to the KAI11002?

As we said before, when CMOS sensors were first introduced, they were considered unsuitable for astronomy compared to CCDs due to their higher dark current, image artifacts, etc.

Those days, however, are gone. As the major consumer camera manufacturers like Sony, Nikon, Canon and others developed better and better CMOS sensors, CMOS gradually replaced CCD as the sensor of choice for the consumer market. Along with this came dramatic improvements in CMOS technology so that today CMOS have eclipsed CCDs in performance in virtually every practical aspect for photographic imaging. Read noise, dark current, full well capacity, dynamic range, quantum efficiency, resolution, etc., have all improved beyond comparably sized and priced CCDs. 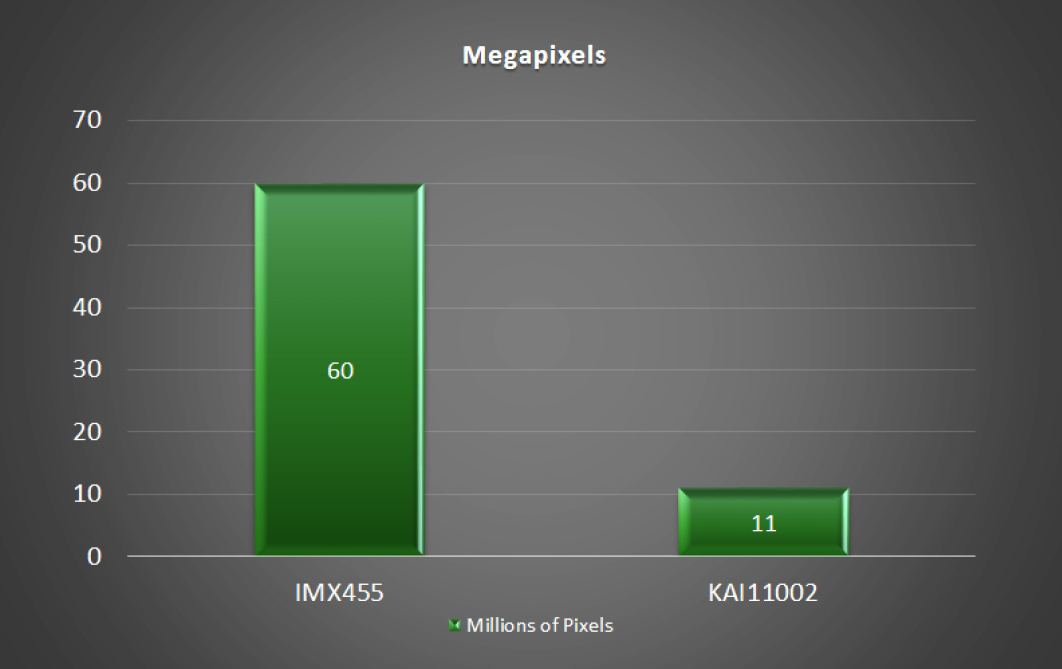 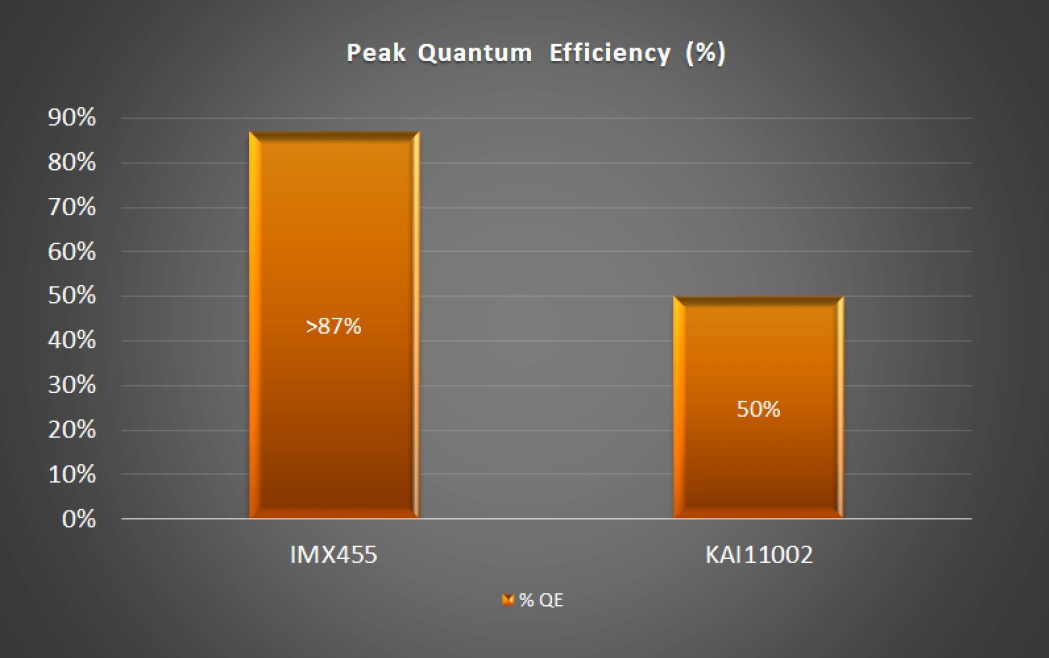 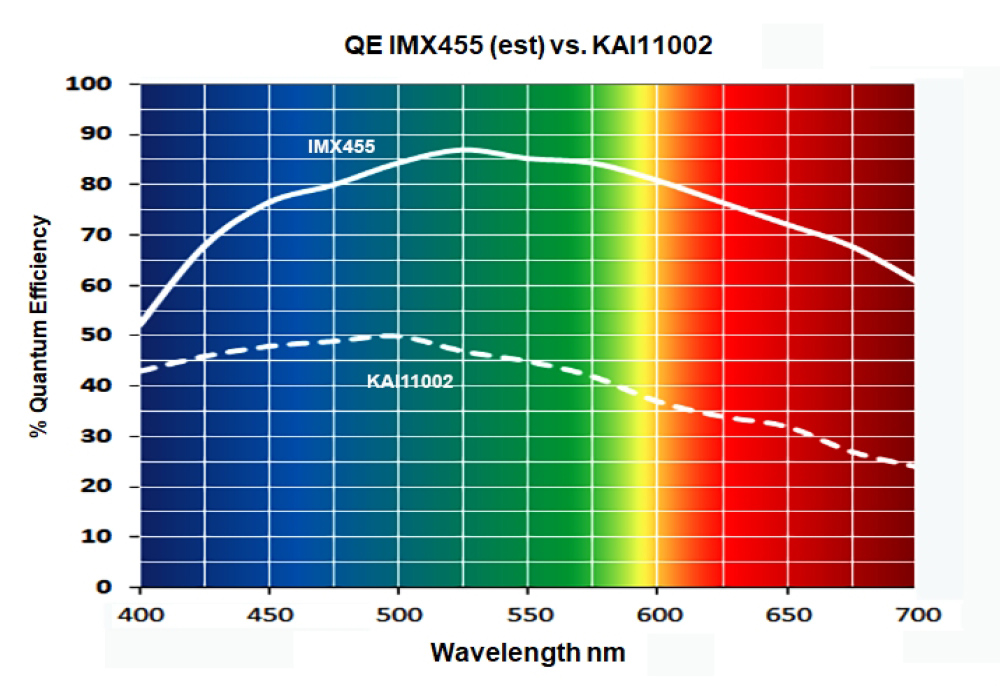 The shape of the QE curve (relative response) for the 455 is provided by Sony. Based on our comparison tests with a sensor of known QE we estimate the peak QE of the IMX455 to be > 87%. The comparison test is documented at https://www.qhyccd.com/index.php?m=content&c=index&a=show&catid=23&id=261 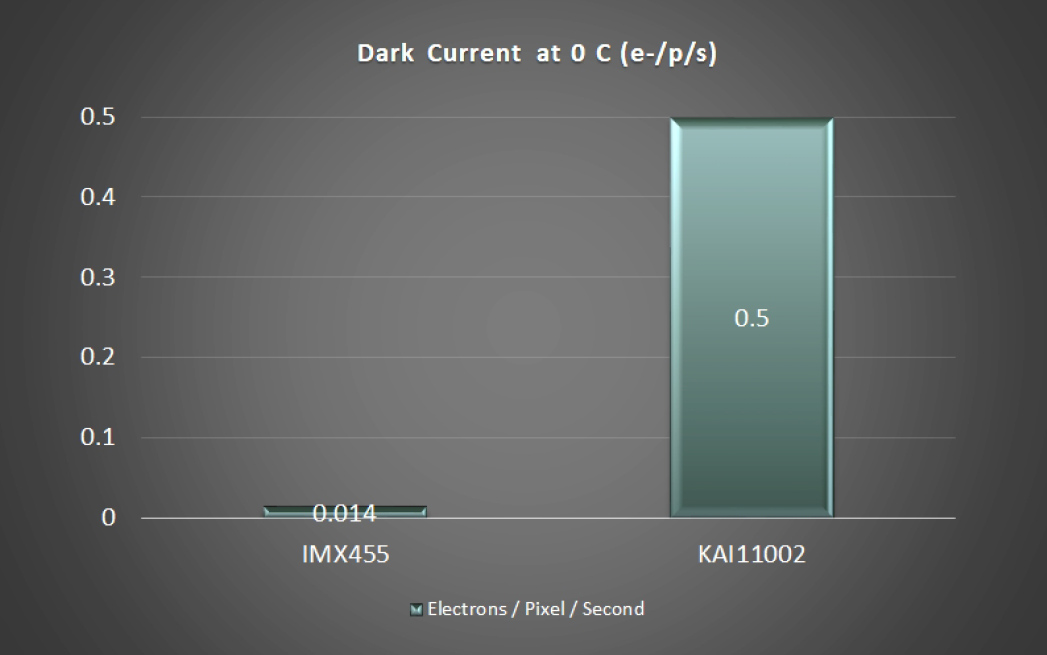 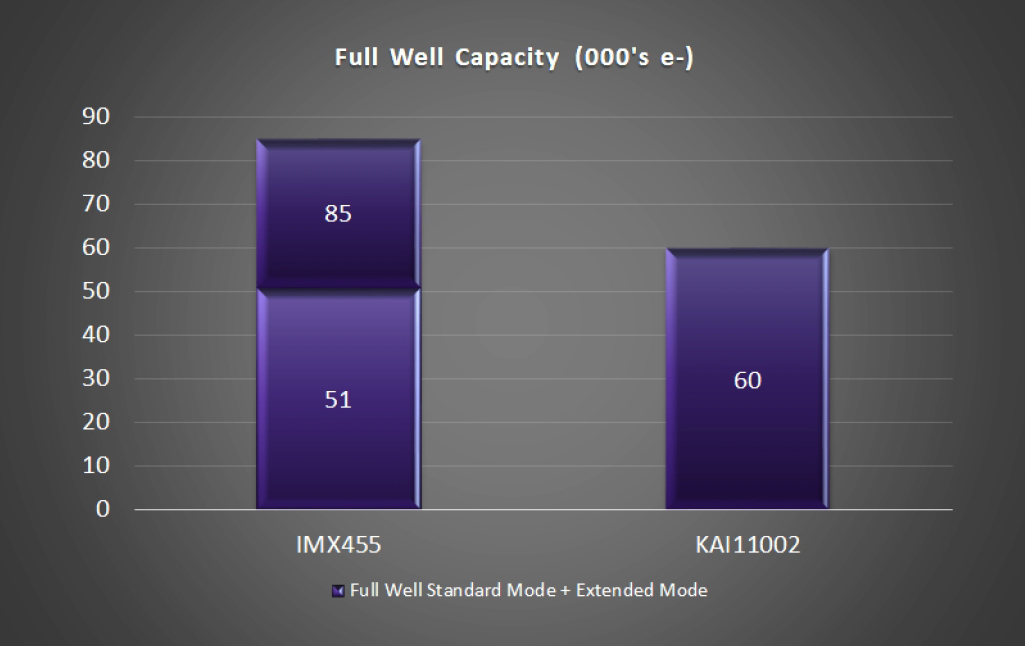 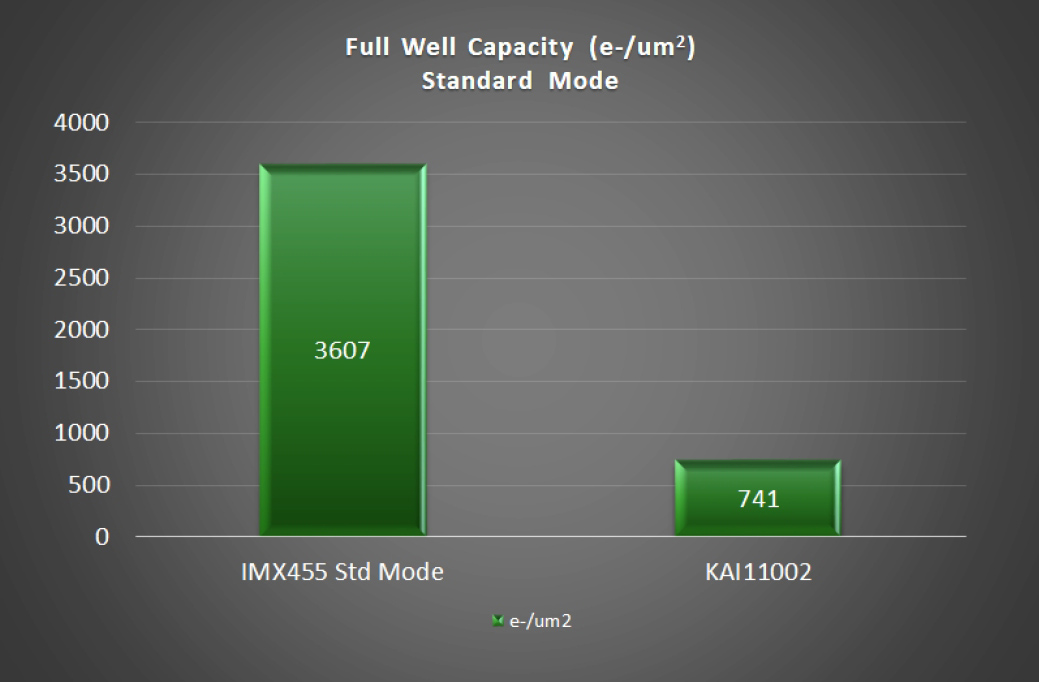 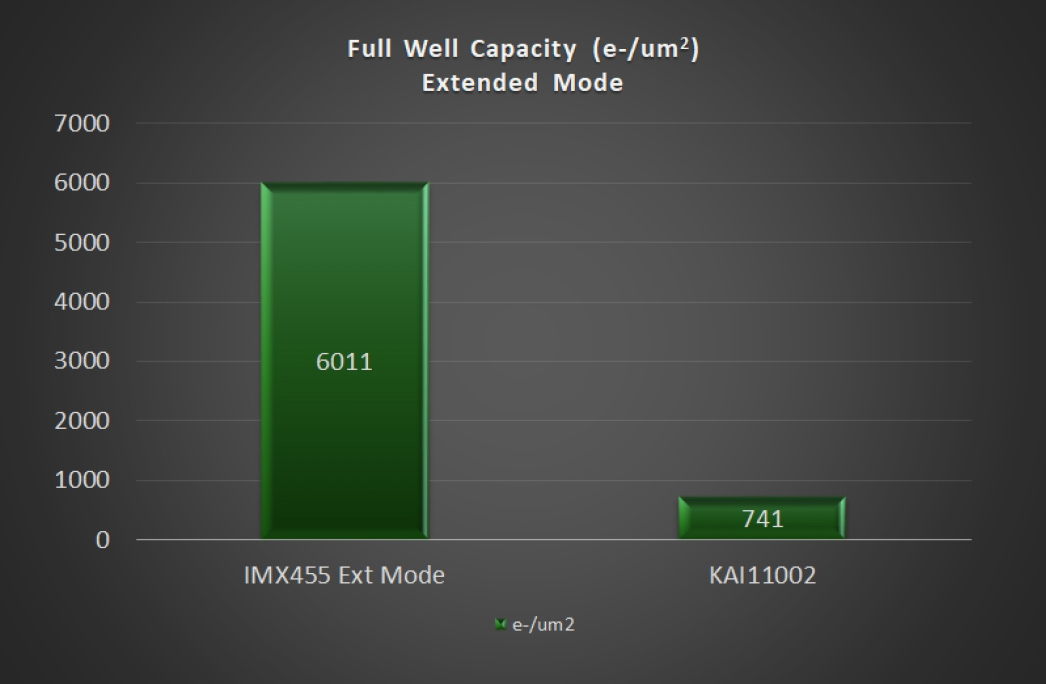 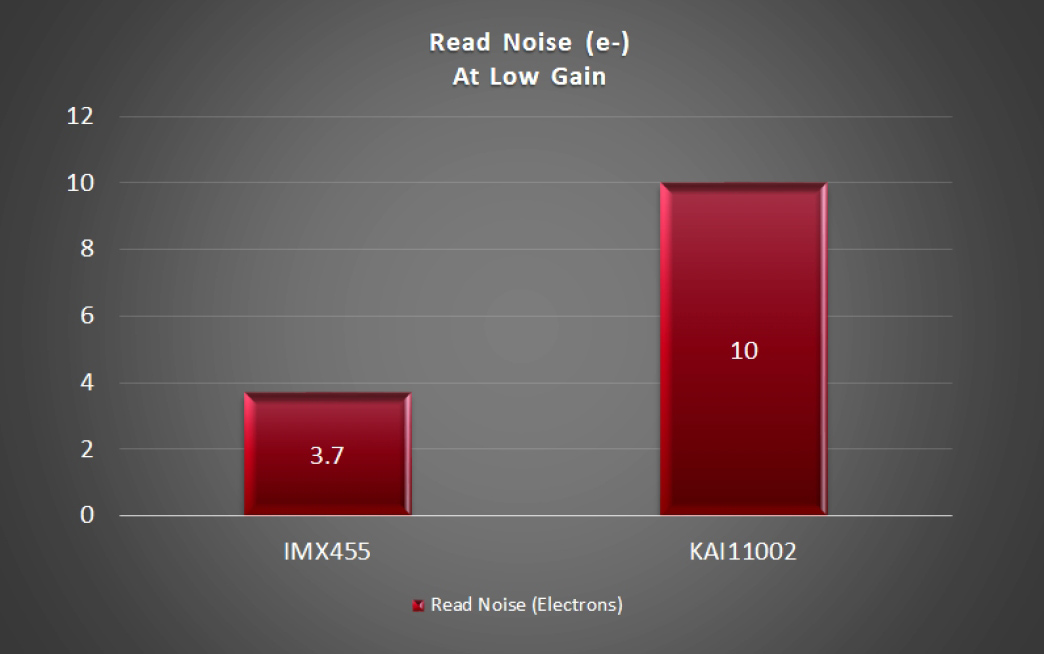 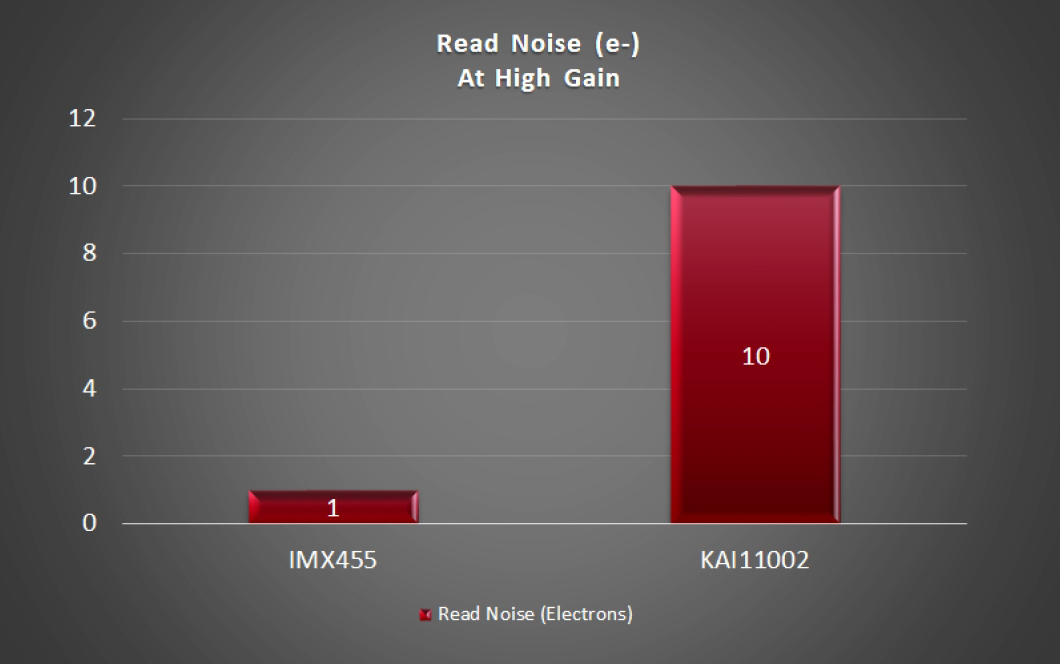 Such low read noise in high gain mode makes it possible to take multiple shorter duration exposures and stack them to achieve results comparable to single long exposures. This requires less emphasis on tracking and allows selection of the best frames to compile into the final image. 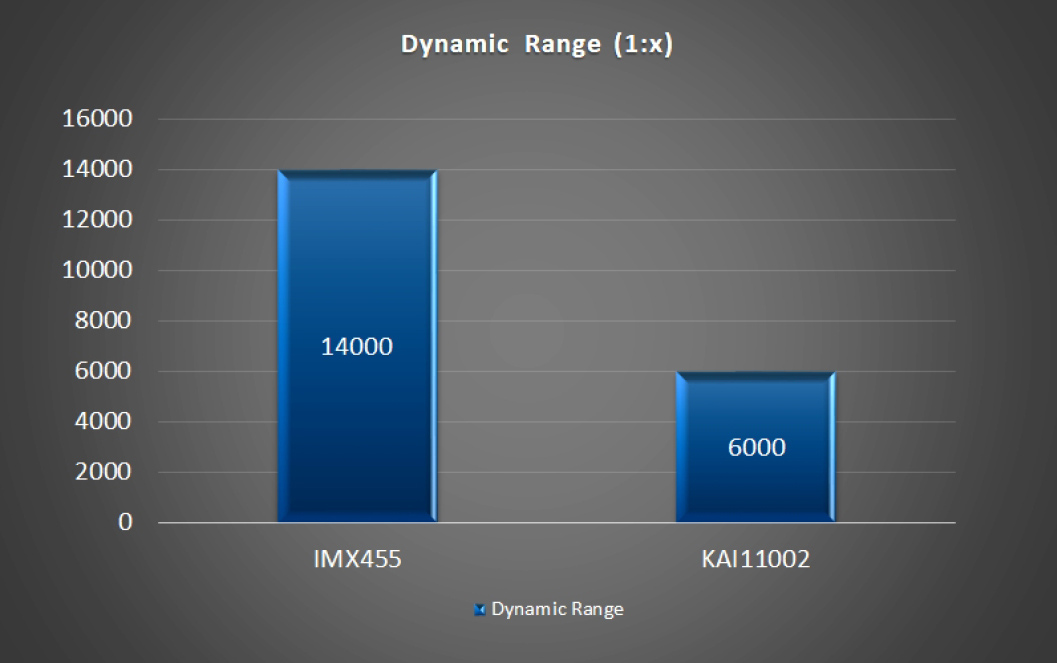 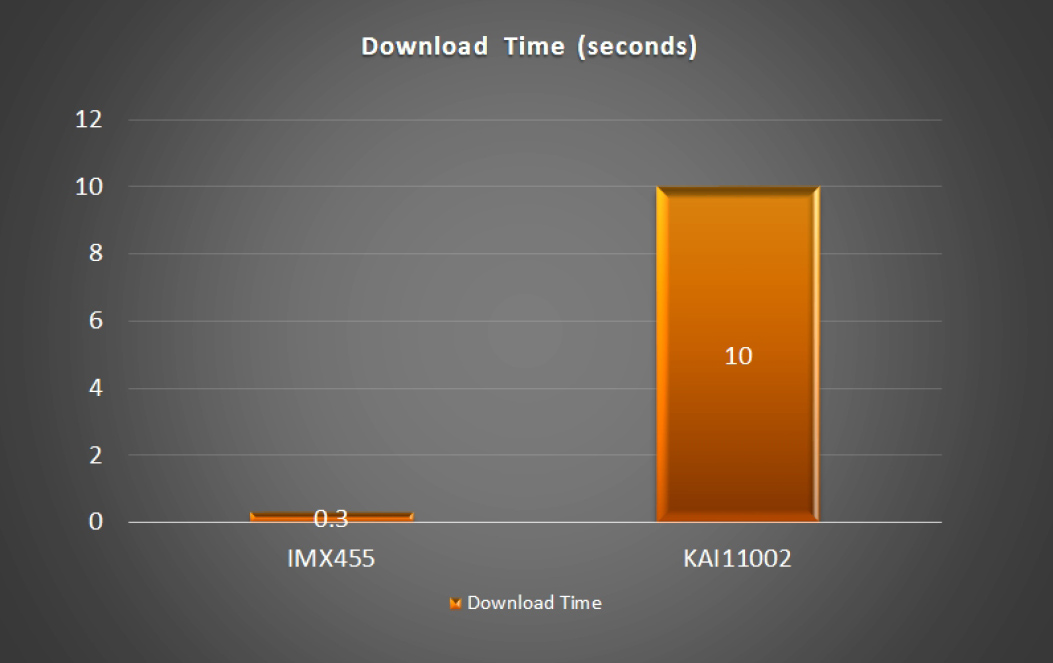 The rate at which the sensor is read out contributes to your productivity, particularly when taking multiple short exposures. The readout speed for the 455 sensor is about 1/3 of a second, compared to over 10 seconds for the 11002 sensor - over 30 times faster.. 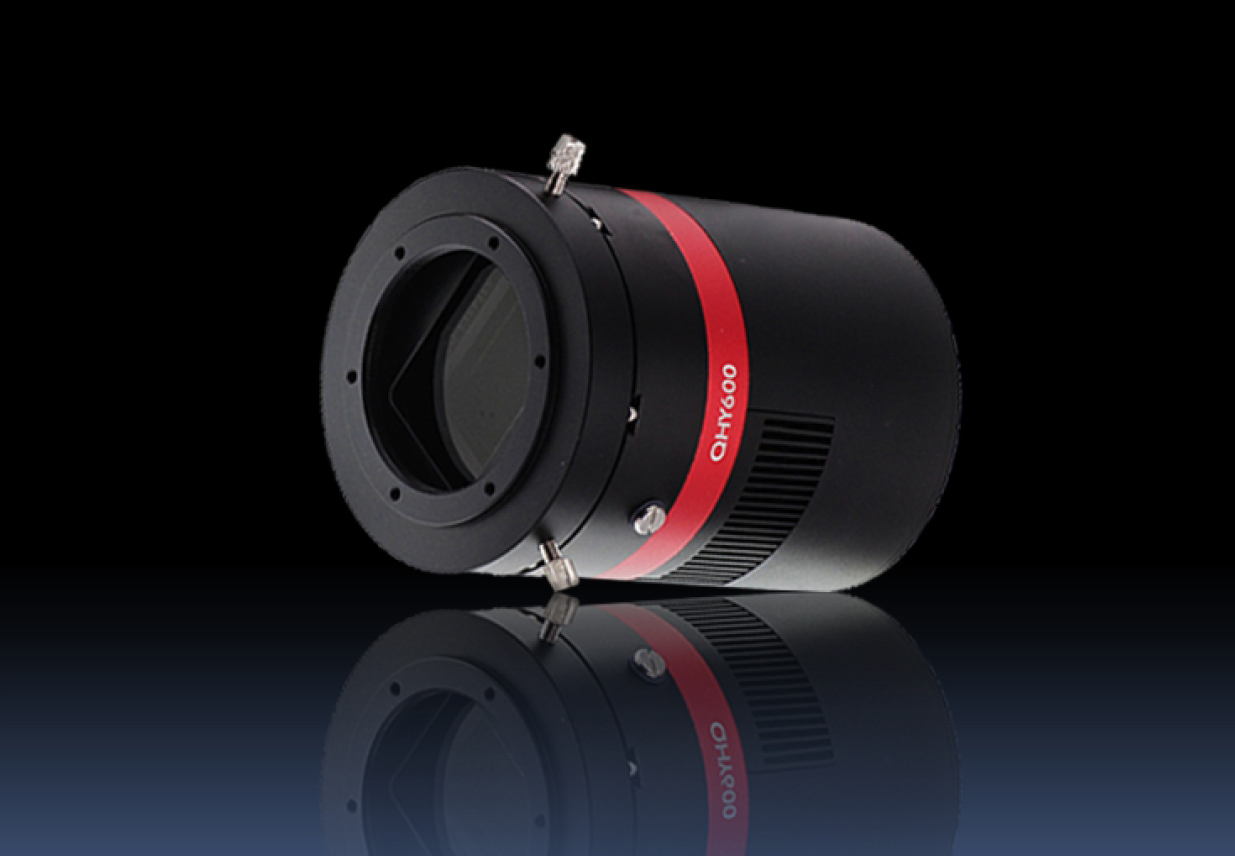 The foregoing tells us that not only does the IMX455 outperform the 11002 in virtually every specification but also the ability of the QHY600 to adjust gain, read noise and full well to meet the demands of a variety of imaging situations makes the camera a more flexible instrument as well.