Unfortunately comet Atlas seems to meet the same fate as many other promising comets did before: The images since April 6th show that the nucleus is breaking up. This can be seen from the fact that the once very concentrated, almost star-shaped inner region has become elongated – in the process it is becoming more and more diffuse and the brightness is decreasing instead of continuing to increase.

Thus the large spectacle on the sky, which many amateur astronomers had hoped for, probably wont happen. But if you're quick enough to now take a glance at the comet, you could see it still halfway intact in a binocular or in a telescope – even with tail. So you can witness how a formerly promising comet turns into an ever fainter cloud of debris. In many places the sky is currently extremely clear, which makes observation easier. 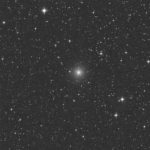 Finally there is an interesting comet again, which is well visible for most amateurs: Comet C/2019 Y4 was discovered by the ATLAS project in Hawaii at the end of last year, which is why it got its name. 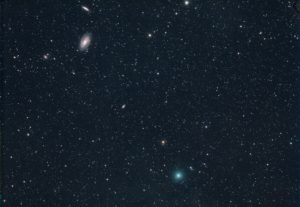 The comet Atlas is currently still a little further away from the Sun than Mars, but is on an orbit that will bring it very close to our central star. Actually the brightness should only be about 15mag at the moment, which is not visually accessible for most amateur telescopes. But it does not follow this prediction, with about 9mag it is ideally positioned for the northern hemisphere close to the big dipper (near the star Dubhe) and has even been sighted with 10x50 binoculars. Michael Jäger has just sent us the image to the right on which was taken on March 11th with a Celestron RASA 8" Astrograph, exposure time 7x2min with green filter.

In the meantime (as of March 20th) we have received more pictures from Mr. Jäger and also from Mr. Kaltseis. 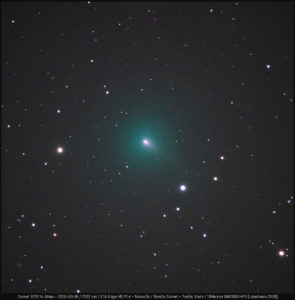 What is the next step with comet Atlas? If its current brightness is not only due to a short term eruption, but continues to increase steadily, it could become so bright in mid-May with about 3-4m that it can easily be found with binoculars close above the horizon shortly after sunset. After that it will become invisible for us while passing the point closest to the sun within Mercury's orbit. Many comets do not "survive" such a close passage to the sun and burn up. But if C/2019 Y4 should reappear afterwards on the "other side" of the sun, it is enormously warmed up and emits massive amounts of gas and dust, so comet Atlas could still become an impressive appearance in the morning sky at the beginning of June. Let's hope that a small celestial spectacle awaits us!

How to best observe the comet 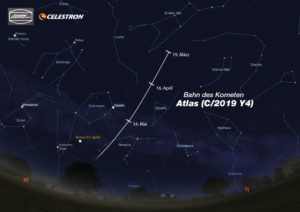 In March the comet is still in the area of the Big Dipper. So it is practically the whole night in an ideal position for observation. During the next two months it approaches the sun and wanders in the sky towards Perseus and Taurus. As a result, its visibility shifts more and more into the morning hours until it rises at dawn at the end of May just before the sun rises - but then it is also closest to the sun and could appear particularly large and bright. However, comets are known for their unpredictable appearance. 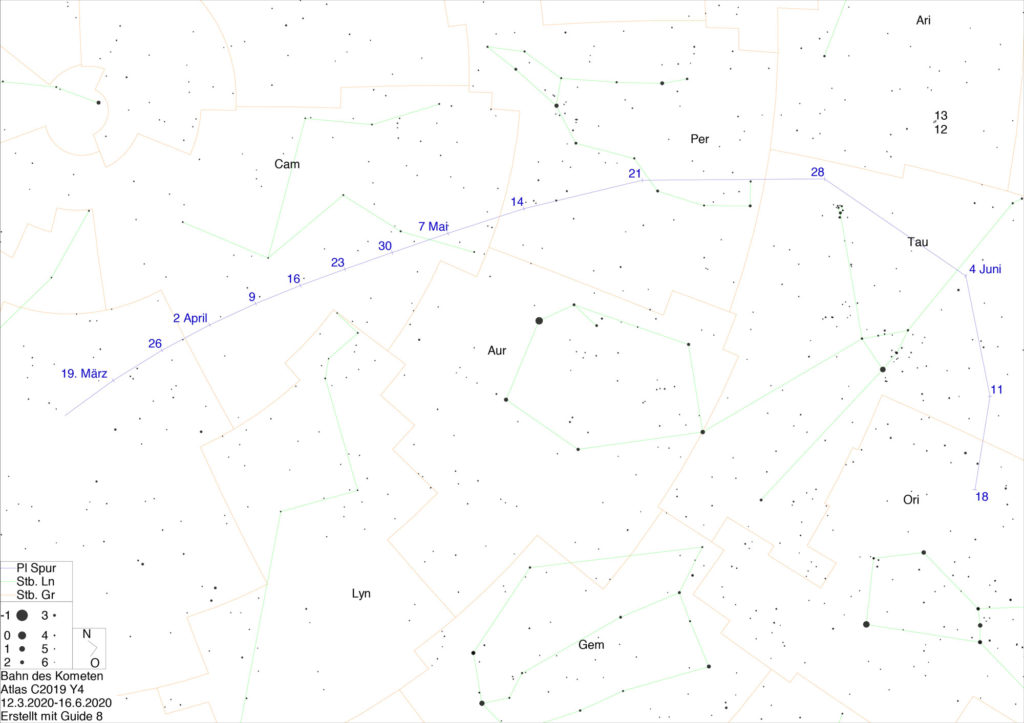 To observe the comet, you should seek out a location that is as dark as possible, where the lights of the city do not disturb. A free view to the north is recommended. Look for the stars of the Big Dipper as orientation. The free app Celestron SkyPortal helps you to orientate yourself in the sky. Our search map shows you where to look for the comet. As long as it is far away from the sun, it does not show a pronounced tail. Look rather for a washed out, larger star or nebula. How large and bright Atlas appears can change almost daily. Don't forget that you are observing a lump of ice and rock several million kilometres away, only a few kilometres in size, surrounded by a gas cloud of about 300,000 km (mid-March) - twice as large as Jupiter, but still far away. 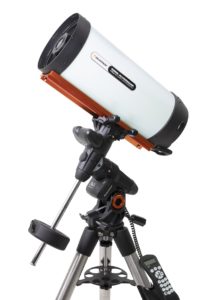 How to best capture the comet:

Photographically the comet is still a challenge for which the RASA 8" Astrograph is the perfect solution. The Celestron AVX mount with RASA 8" Astrograph is an easily transportable and easy-to-master instrument combination, ideal also for beginners in astrophotography - and for comets: Michael Jäger took the photo from March 11th shown above right with such an optical system. Thanks to the fast aperture ratio of f/2, the exposure times are short, and if the mount is well set up, there is no need to even guide.