This entry was posted on August 1, 2019 by Team Baader Planetarium

We've been asked a few times recently on how to set up the Baader UFC for use with a DSLR and a range of wide-field imaging refracting telescopes. So we thought we would write a short blog on some ways this can be done.

Let us start from the telescope side first.

All the enquiries we have had, the wide field refractors have 2" barrel focusers, so there is our starting point. The telescope side of the UFC Base (to which everything else in the UFC system is connected to) uses Baader's S70 dovetail adaptors to allow the UFC to fit to telescopes.

Looking at the UFC main diagram above Baader do a Baader UFC S70 / 2" SC-thread (f) Telescope-Adapter (optical height: 1 mm) (#2459128, € 22,42) that allows 2"/SC male-thread accessories to be used. More about our UFC Telescope Adapters can be found in our blog: The UFC telescope-side adaptors. 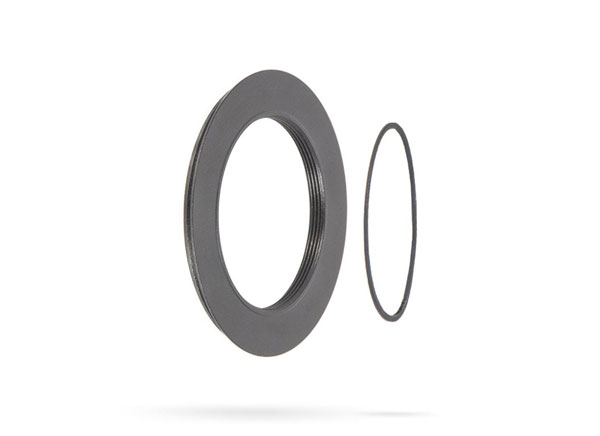 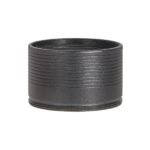 The image below shows the latter 2" nosepiece attached to the UFC S70 2"/SC adaptor. Using one of these will allow the UFC to be attached to a telescope with a 2" focuser. 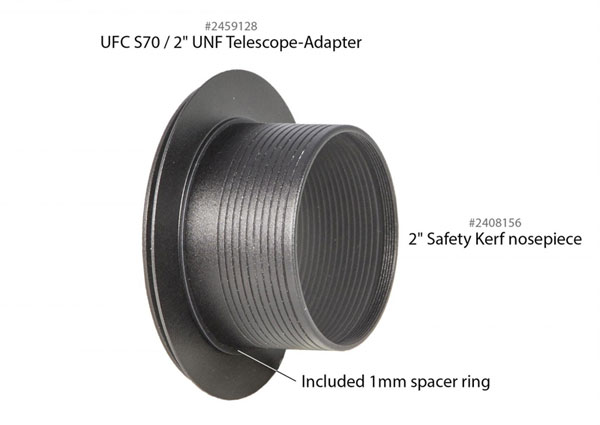 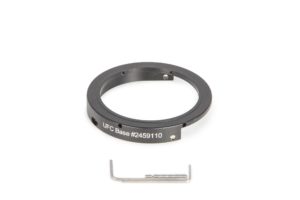 For the filter slider either the 2" mounted, 2" unmounted or 50x50mm square versions can be used depending on what filters you currently have or may want to purchase. Using smaller filters (with one of the Aux holders) will likely cause vignetting depending on the size [age] of your camera's sensor). More information on the UFC sliders can be found in part 3 of our UFC blogs: The UFC Filter Slider 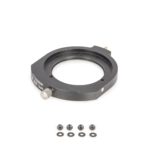 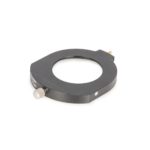 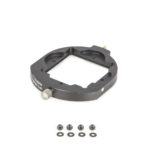 Next we get to the camera side of the UFC Base. 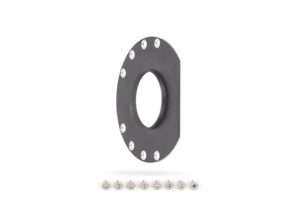 There are three possible "routes" for attaching a DSLR camera:

So lets put all of this together. In the image below we have an example setup based on what we have written above. From right to left: we have: 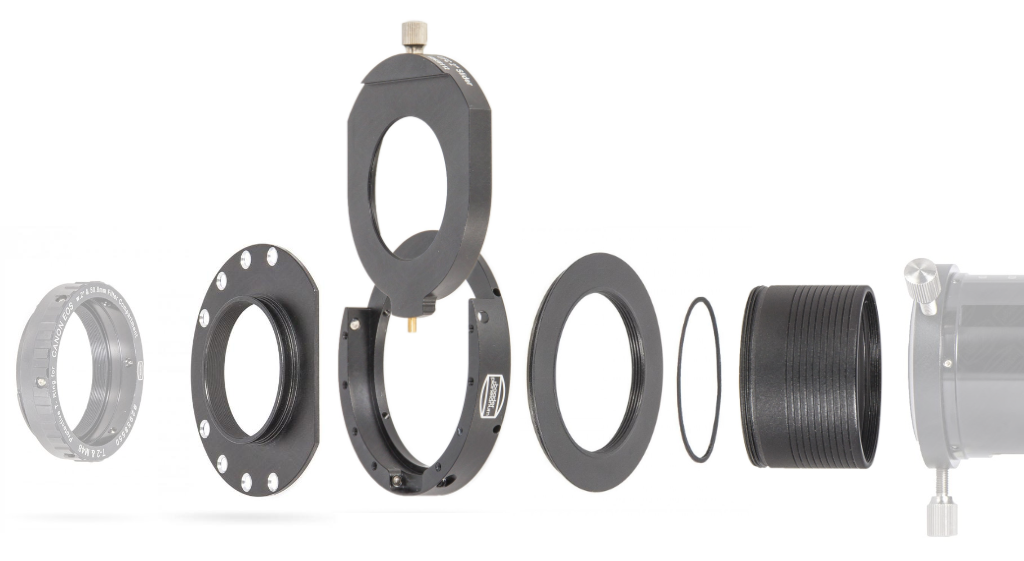 In a future blog we will look at other ways the UFC can be used for imaging purposes, including how to set the UFC up for use with focal reducers/field flatteners. 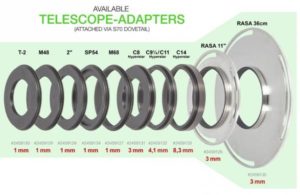