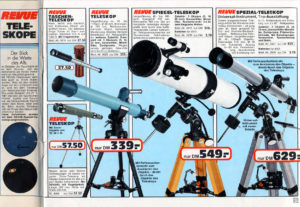 If you are older than 50 years and were interested in astronomy as a child, you'll surely remember the time when there wasn't such a broad astronomy market as today, with lots of dealers and manufacturers. This was not only because there was no internet – there were also simply no products. Smaller telescopes were rare, as there were only a few manufacturers. It is no coincidence that the first "mass production" in Japan began only shortly after the Apollo mission. In the early 80's in Germany, the mail order company Quelle offered the famous 60mm lens telescope with a reflex finder as well as a 114 mm Newtonian made in Japan, both labeled with their house-brand "Revue". Opticians had the same telescopes in their shop-windows, only with other labels. They were good or even excellent optics – unfortunately on very shaky mounts. Nevertheless, many of todays amateur astronomers started their "career" with one of those scopes. At least in Western Germany, there were simply no other options. In Eastern Germany, instead, astronomy was taught in schools, and the Zeiss Telementor was a common "school telescope". 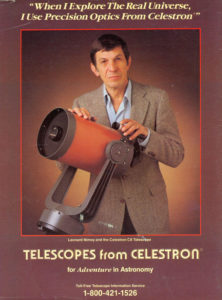 Larger telescopes than a 114mm Newtonian were much too expensive for anybondy with a normal income, and there were no "middle-class-telescopes." The most important manufacturers of expensive telescopes in Europe were Zeiss, Wachter and Lichtenknecker, who also offered the required heavy and precise mounts. But these were telescopes either for wealthy and ambitious amateurs or for public observatories. Around this time, the first orangecolored Celestron C8 with fork mounts crossed the Atlantic Ocean. They were admired by the astronomical community as rare and novel. You could get really jealous when looking into the magazine "Sky & Telescope", which circulated in many of the astronomical clubs and public observatories.

The good thing about this market situation in Europe was that at that time, as a normally situated amateur, there was almost nothing left to do but acquire the knowledge and skills to build or improve your own equipment. That's why there was a lively exchange during the meetings of the many astronomy clubs that were formed as a result of the Apollo euphoria at that time. Those who had learned the basics in these times still profit from it today! Many people discussed optics grinding, or how to develop photographic film and how to build a mount for your telescope. Especially the mount cannot be overestimated for amateur astronomy. Every telescope can only develop its full photographic power if it is sturdy, and if positioning and tracking work with highest precision. ("Each chain is only as strong as the weakest link"). 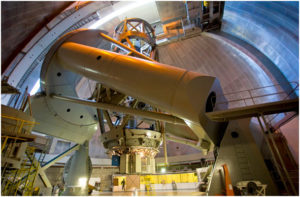 A pioneer in buiding high-quality telescope mounts was certainly the Japanese company Vixen, which brought affordable and sturdy equatorial mounts from mass production to Europe in the 80s. When astronomy became more popular as a hobby in the 70s and 80s – inspired by the Apollo missions – the GoTo technology was still far from being invented. And so amateur astronomers spent most of their valuable clear nights searching for celestial objects with the help of star maps. This was educative, but it took time! The telescope mounts of this time had either no motors at all or only one tracking motor in the R.A. axis, which could do one thing: turn the R.A.-axis with one revolution per day. Electronic controls for the automatic slewing to celestial objects were reserved for the largest telescopes in the world. Especially when you compare electronics and computer technology, you realize how quickly everything has evolved. On their incredible journey to the Moon, the Apollo astronauts had computers on board that seem ridiculous today. The AGC (Apollo Guidance Computer) was developed at MIT in the early 60s. It had 36kb memory of which the program was stored in 32kb ROM, the rest was RAM. The data processing ran with 1Mhz - and the machine weighed an incredible 32kg. Modern smartphone models (which weight less than 200g) have several thousand times the speed and a memory that stores more than two million times as much data as the Apollo computers could. 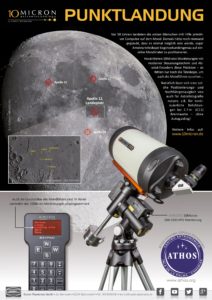 An Apollo astronaut would be as stunned as a 1980's amateur astronomer if you had shown him a 10Micron Mount back in his days. The servo motors of this mount are fast and precise enough to track the ISS or to slew to specific craters on the Moon – so that you can observe them within minutes at highest magnifications. 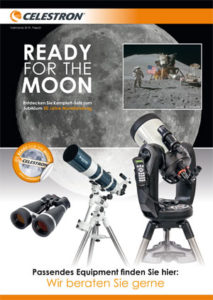 Now: Special offers to celebrate the 50th anniversary of the lunar landings

If you perform a 3-star-alignment with the mount and add another 11 alignment stars, then you can take images with exposure times of many minutes – without the need for auto- or even manual guiding. The precision of the mount is absolutely stunning, with a deviation of no more than 0.5 arc-seconds. For comparison: Jupiter has got a diameter of ca. 40 arc-seconds when seen from Earth.

Every 10Micron can do all this – from astrophotography to satellite tracking – without an additional computer. Everything is done with the integrated electronics and the hand control. To put it a little sloppily, this mount "knows" that it is an astronomical mount and not a modified robot which might also be used by the automobile industry. It even has "senses": By the integrated encoders, it always knows its exact position, so you can move the axles manually and still see on the display the exact celestial coordinates where it is pointing to. Such a mount with its superb mechanical quality and the integrated computer technology links the "old" space age with today. It can be the end of a long journey for everyone who still remembers the time of Apollo.

In the early space age, the modern technology would have looked like a car in the middle ages – like magic. But nevertheless, the roots of the development of a mount like a 10Micron lie in the time half a century ago, when the broad public developed an interest in astronomy.

We have a lot to thank the Apollo astronauts and technicians for, because this program has inspired people all over the world to look into natural sciences and to develop the technology required for researchers as well as for hobbyists. Just take a look at old space images taken e.g. by the 5m telescope on Mount Palomar in the 1970s and compare them to the much better images taken by amateur astro-photographers today with Celestron, TEC or Planewave telescopes on 10Micron mounts, then you'll easily see how far we have come. Who knows what the future will bring, where technology and the interest in astronomy will lead us to and when mankind will reach for the next stop in space, the planet Mars. 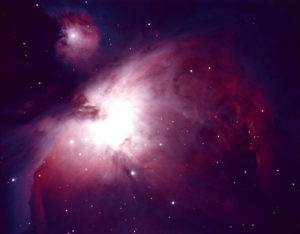 An iconic photograph from the year 1959 – the Orion nebula in color. Made with the 5m Hale mirror telescope at Mt. Palomar. (Construction costs ca $6Mio, which is equal to ca $40 Mio in todays money) © Palomar Observatory/California Institute of Technology 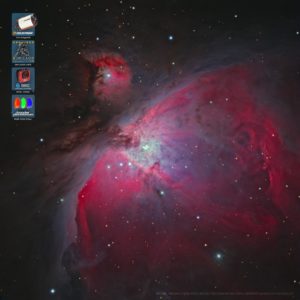 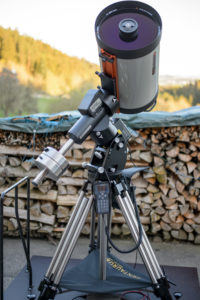