Optical accessories for the 130GTX 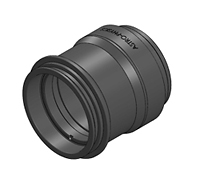 A special Field Flattener and a Focal Reducer/Correktor have been developed for the large 3.5" focuser of the Grand Tourismo 130 GTX. Both optical elements can be used once the 2.7" focuser of an older 130 EDF-GT has been replaced with the 3.5" focuser. 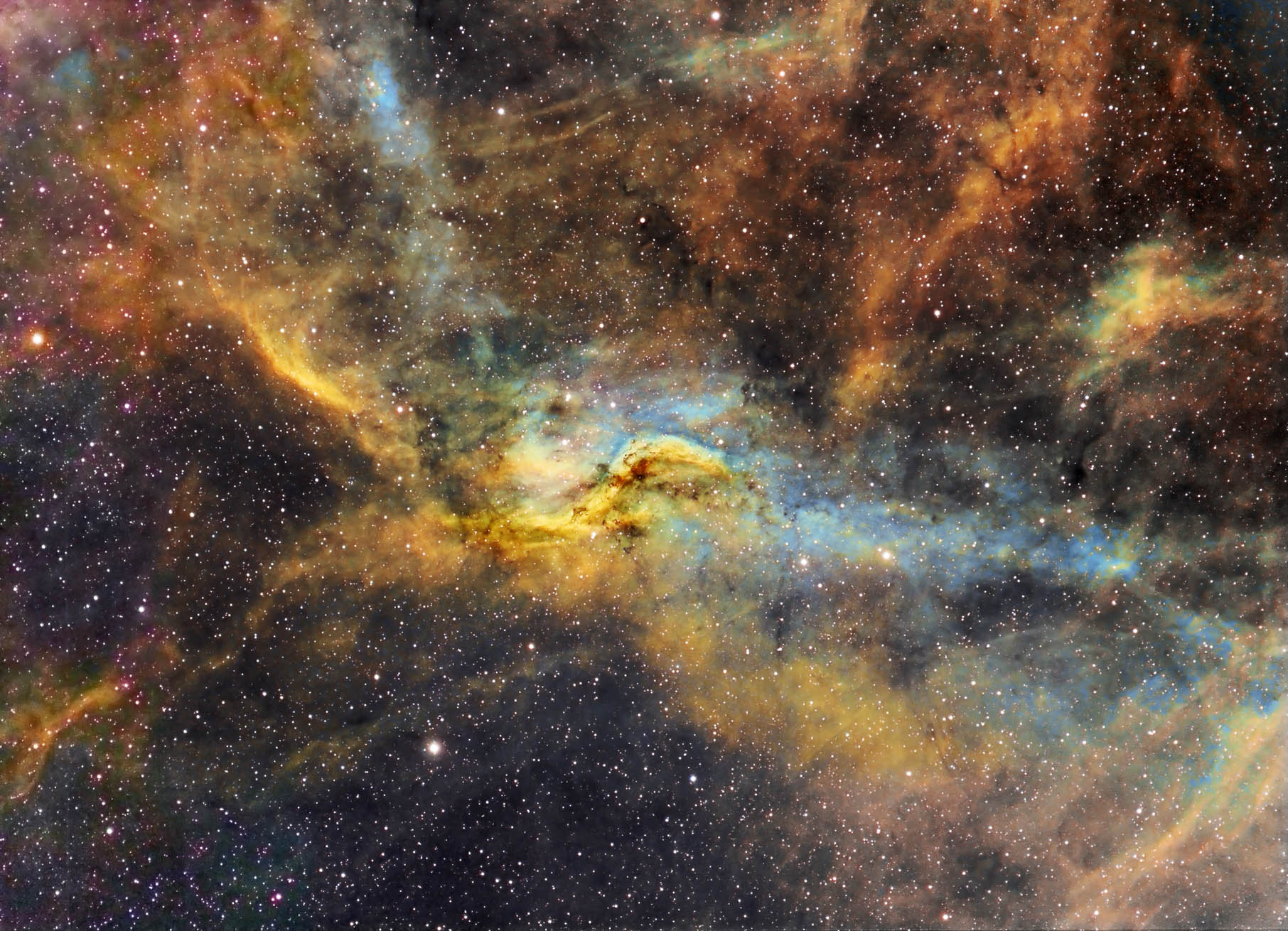 The following table shows the field of view of the 130 Starfire GTX combined with the Field Flatteners and several CCD-sensors. 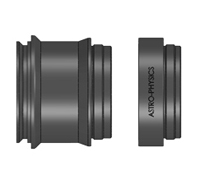 As with all optical systems which change the focal length, the distances between lenses and camera sensor have to be kept as exact as possible. This is why there are several camera adaptions available for this flattener. Please visit for detailed information the original website of Astro-Physics.

There is a special backspacer ring available for this Field Flattener. Its optical length is exactly 22.1 Millimeter. The necessary distance from the back of this backspacer to the image plane is 80.8 +/- 2.5 Millimeter. To attach your camera, you need one of the following five adapters. If you require more backfocus, you can leave out the backspacer - then, the required backfocus is 102.9 +/- 2.5 Millimeter.

Flattener and backspacer do end in a 3.3 inch male thread. The backspacer is included with the Reducer/Correktors. 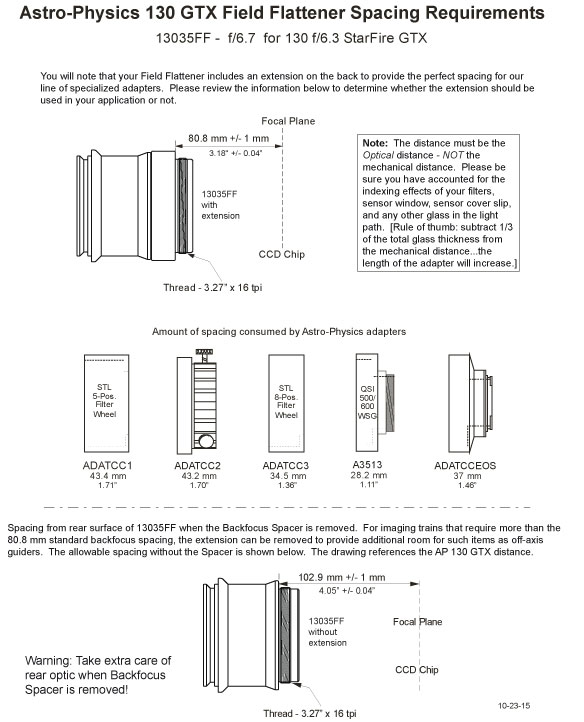 If you have any questions about attaching your accessories, please give us a call or send us an email. For further information and useful accessories about the 130mm f 6,3 StarFire GTX Triplet Apochromat Refractor please visit the Website of Astro-Physics.